At first, I had thought about my Christmas star (Poinsettia) which still has most of its red bracts – but it doesn’t look that great and wouldn’t live up to its Latin name part pulcherrima. So instead of wandering around and shooting flowerage in other people’s gardens which is still a little sparse around here, I decided to take a closeup: 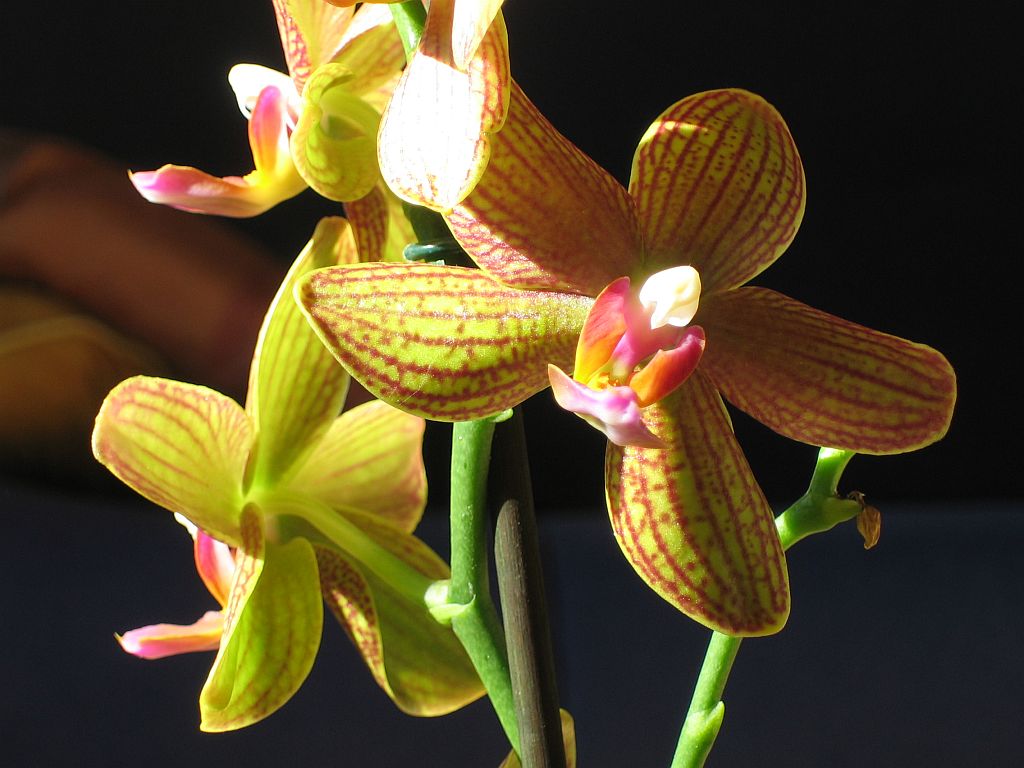 A closeup of my sunlit Phalaenopsis (orchid)…