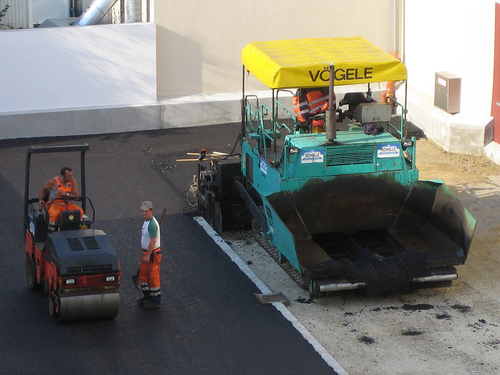 Two machines outside that seem to enjoy annoying the people this morning with their noise (and smell which, however, isn’t strong thanks to the wind direction). The right one even seems to laugh out loud… 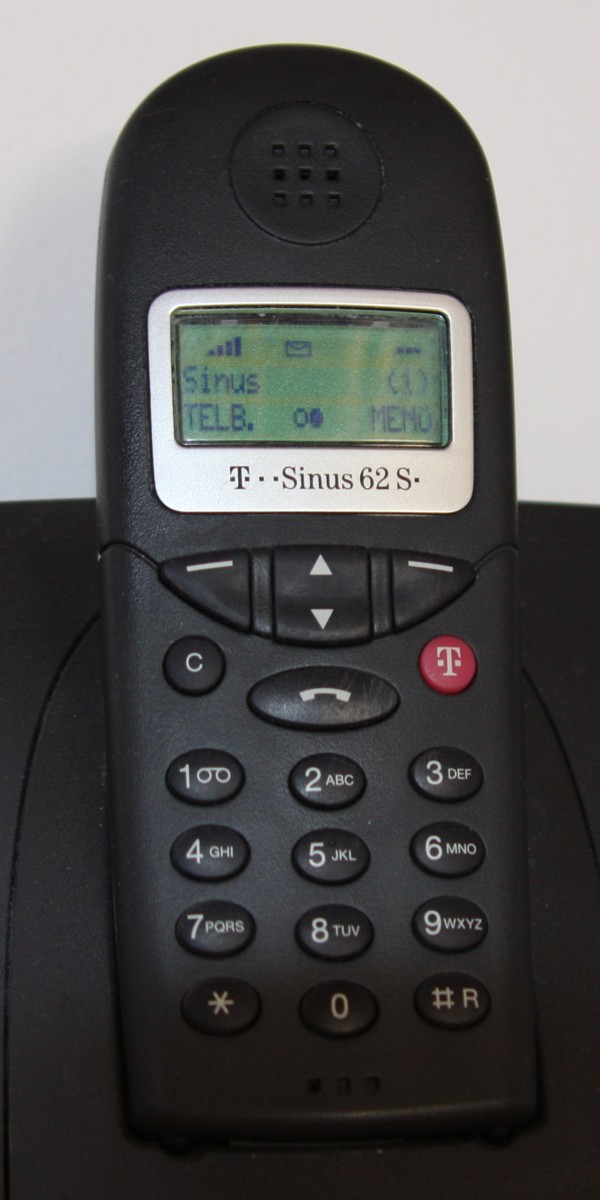 A cordless ISDN phone with a Deutsche Telekom special functions key that I never used, even when the Telekom was responsible for more than just the bare wire – but guess which key a neighbor who once locked herself out of her apartment and asked me if she could call her daughter who had a key pressed to make the connection after dialing…?

…can’t you agree on how to display a simple :first-letter with float:left like I used in yesterday’s (German-only) post for the initials?

(All screenshots under Windows Vista.) 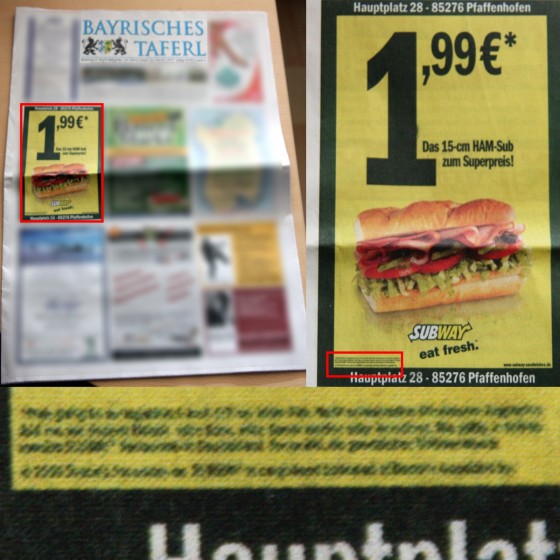 An ad on a local ad newspaper (Bayrisches Taferl 16/2009) in normal newspaper size – complete view1 in the top left, the right and lower parts show enlarged details of the red framed areas. (Click to enlarge.)

My congratulations to the winner of the “Least Readable Asterisk Explanation Text” contest!!

Update 17:20: Ha, they even got the same offer on their website – here’s the non-selectable text in default size:

At least you can read it without problems when zooming in with the browser – it says the usual about the limited time, extras are extra, can’t be combined with other offers, and the copyright of “Doctor’s Associates Inc.”, who own the SUBWAY® brand.

Usually I hit the Mute button whenever there are adverts on radio, ’cause there often is a lot of annoying crap there – which I find confirmed when occasionally I do hear some ads, like shortly before New Year’s Eve.

The ad I’m refering to here was, on its own, not that bad – no silly singing around or overenthused proclamations of the oh so sensational offers etc. –, but that a brand of champagne, Mumm, that is (German), advertises the year horoscope on its website on the radio, well, even though it’s common to greet the new year with a glass of champagne, that’s a bit… odd. Since I was curious about the nonsense they babble in that horoscope, I opened that site – and it FAILs usability and content in multiple ways, I think:

Translation: “Accessing this site is only allowed for persons of age. Please enter your date of birth.”

A ridiculously noneffective age verification – might this even make some visitors expect more than a little alcohol? If at least this was effective and protect children from nonsense such as horoscopes…

For if you have jumped this huge hurdle of your date of birth, a cheap pop-ish jingle including spoken slogan booms at you, and no volume control or mute button on the site. Luckily it’s “only” 15 seconds long – and lucky are those who have a Mute button on the keyboard. But the sentence “Mumm ist, wenn man’s macht” = “Courage is if you do it” does fit somehow…

FAIL #3: The horoscope itself

Which was written by a certain Michael Allgeier, also not unknown (German) in the astro scene. Again with a date-of-birth selection dialog – however, even though labeled “Your personal horoscope 2009”, there is only one text for each span of ten days. And with the ususal newspaper horosope wish-wash with general section and sections about love/relationship, job/money and fitness/wellness all over.

And they added a little lexicon which of course is so impudent to take all this stuff serious and describe astrology itself as (my translation):

A thousands of years old empirical science that puts man in a certain relationship system to the star constellations. This symbol system allows the drawing of conclusions about the individual abilities and problem areas of a person. Certain prognostic techniques also allow considerations regarding future developments or events. Also statements about relationships among persons or entire peoples can be done with the help of astrology.

(Needless to say that astrologers (a) disagree on their statements and (b) in the way they reached them – even if (c) they just say the usual shallow stuff. Needless at least among those who don’t blindly follow their astrologers…)