(Something was embedded as Flash object here. Not exactly sensible anymore.)

And if you’re upset about how the pope’s treated here, you better listen to the lyrics more closely…

The lastphoto for Project “Show Colors”: 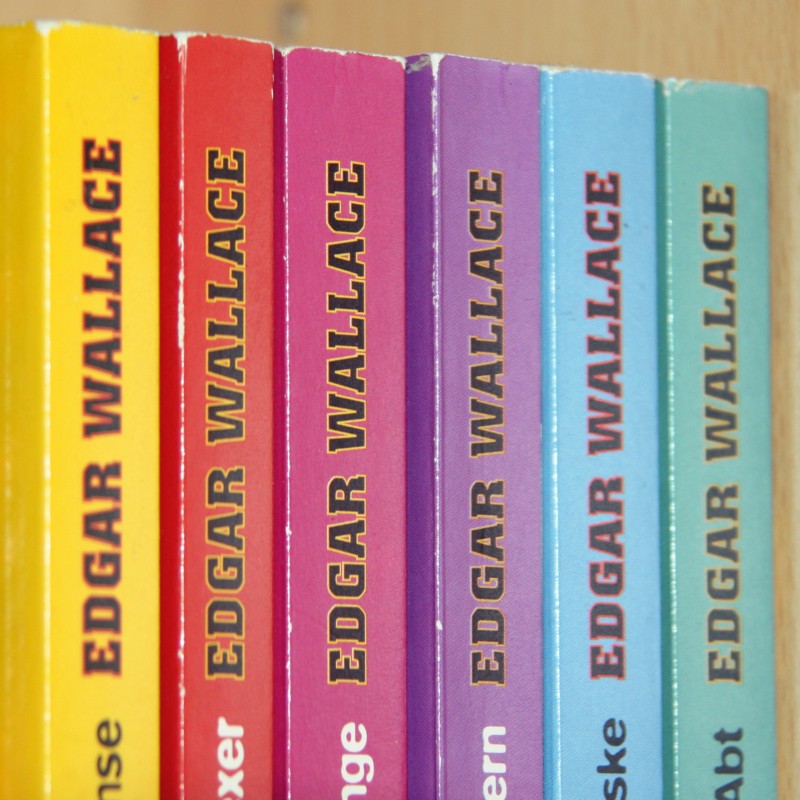 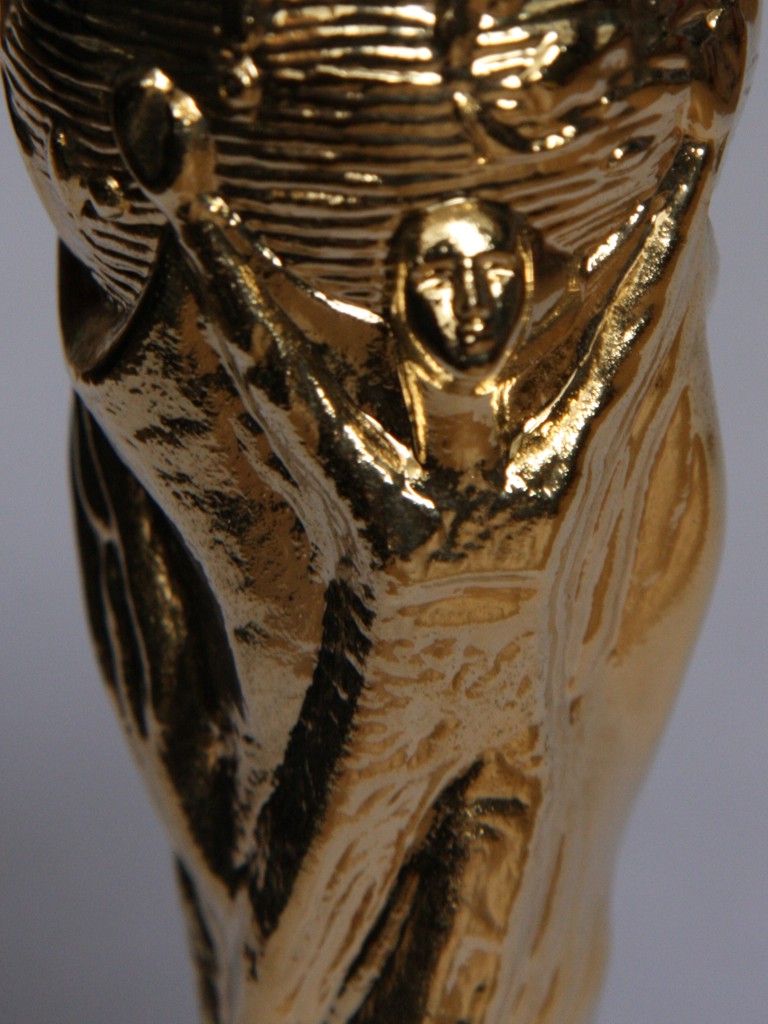 A detail from the FIFA World Cup trophy – well, just a 8 cm model which isn’t sculpted with submillimeter precision (even though it was official merchandise for the 2006 World Cup)…

Another “crossover” of Project “Show Colors” and Sari’s Projekt 52, and the picture also (almost) fits my series about Queen B-sides and album songs because the song I’m referring to is from the album Hot Space from 1982 – released on 21 or 24. May, depending on where you look1; it was on the B-side of the “Body Language” single from 19/4/82, however – and there’ll be another special song I’ll write about a little later: 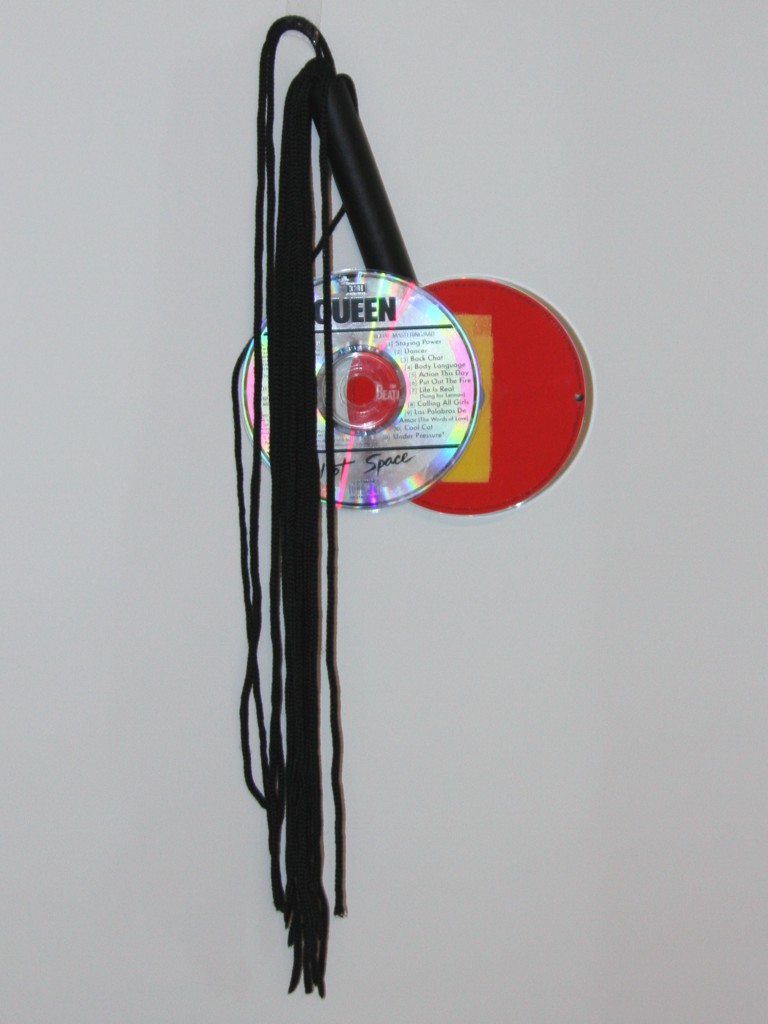 A silver CD isn’t that far-fetched here… this arrangement was created along the following lines (especially the first one) from “Life Is Real (Song for Lennon)” by Queen:

The next photo for Project “Show Colors” – from my archive: 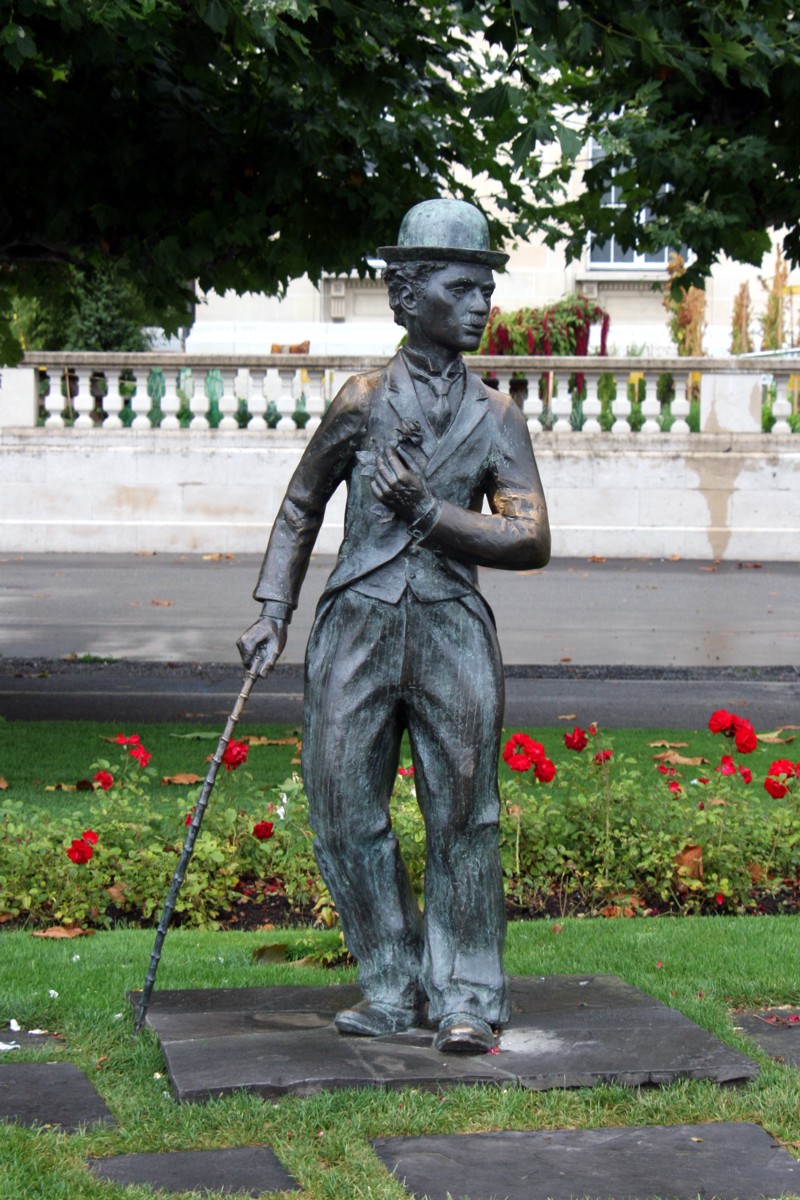 The Charlie Chaplin statue in Vevey at Lake Geneva.