Everything stays the same: a new Pabuca topic called “New”.

Around here, the streets are being renovated – but before everything new is finished, there are intermediate stages. But it’s supposed to be completed in the next few days. 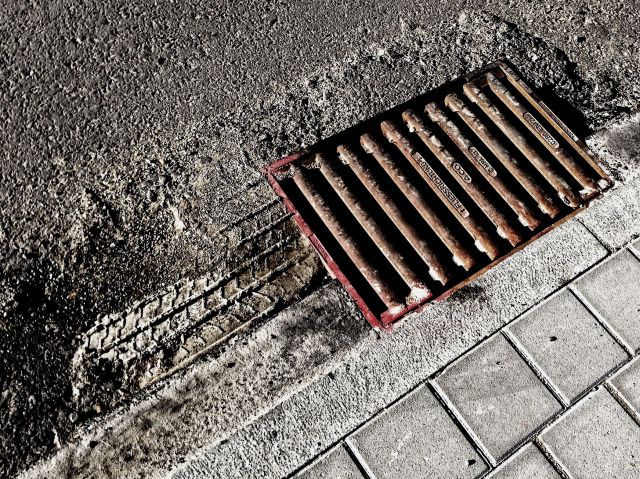 Something new for the “old ones” – new building for the old people’s home: 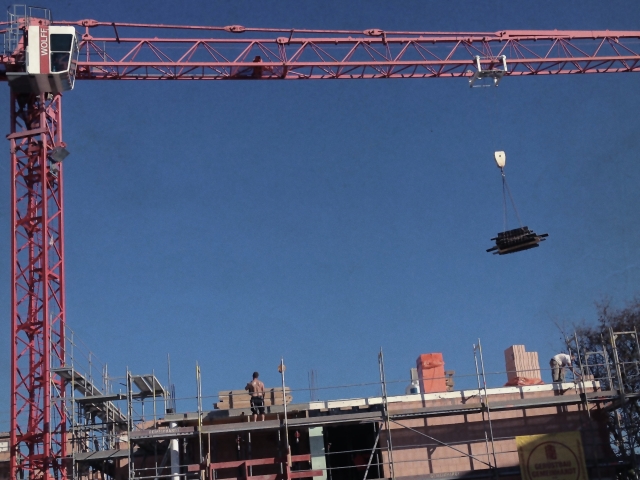 The old ones make space for the new – on the bargain table of a bookstore with a former stationery department: 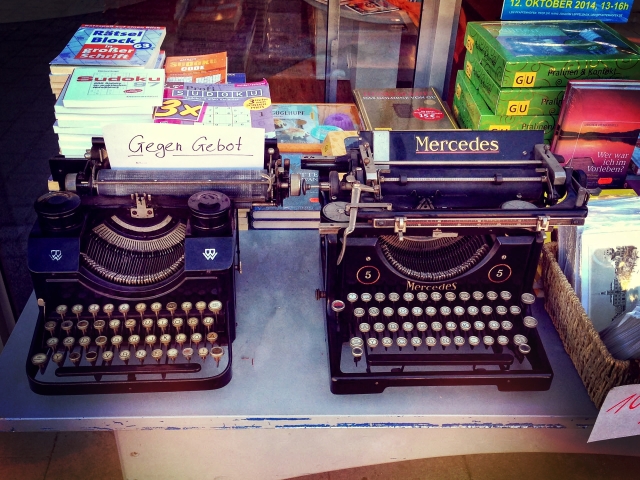 But even these typewriters once were novelties!

PABUCE topic “Faults”… but whose fault is it anyway?

At the District Office’s construction site, they decided to build a gable at one back corner even though only a normal roof was originally planned and approved – since that casts too much shadow on the opposite house, its owner didn’t like that, and the gable must be removed: 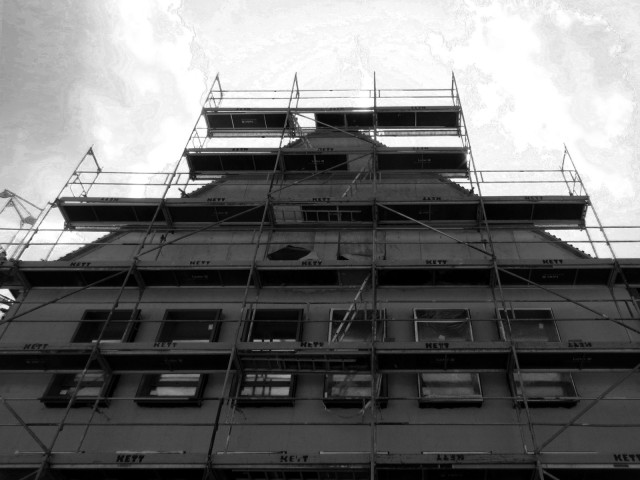 Before – after: What a little landslide can do to a garden… 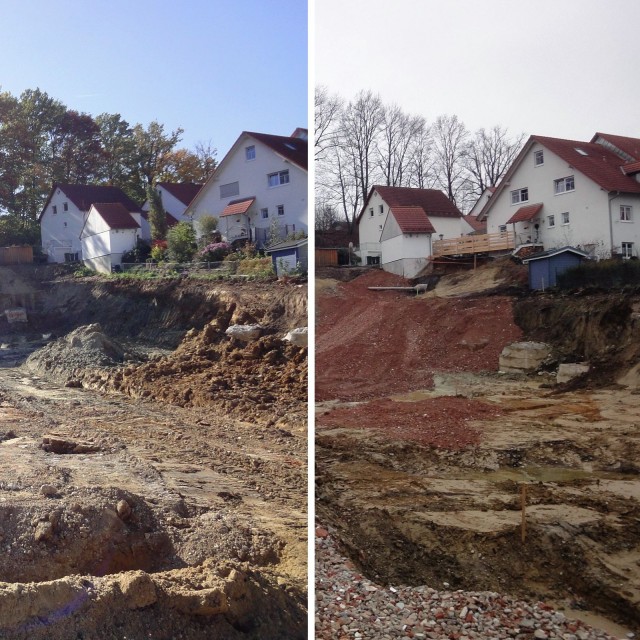 (This is, by the way, the construction site of the apartment complex where I’m living for two years now. Wasn’t my fault, though.^^)

And a little fault during road markings: 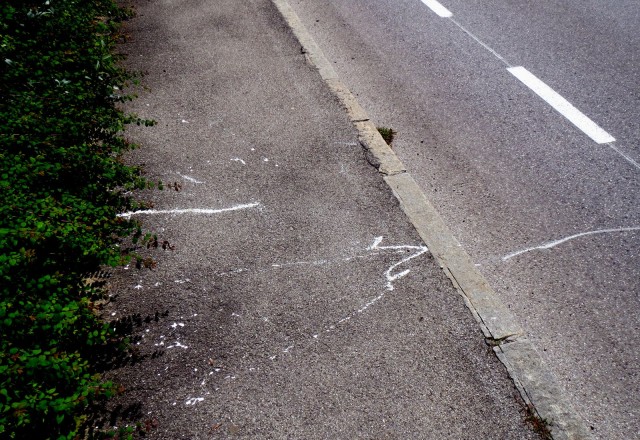 Latest topic at PABUCA, of course…

Here half the town is under (the) construction (crane): 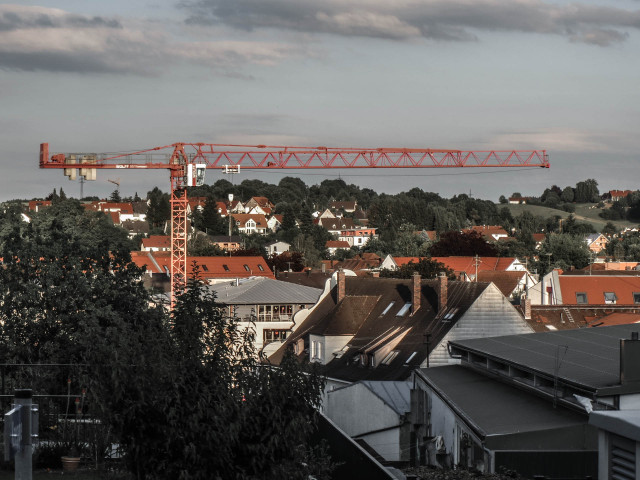 From the category “maybe it should be, too”: 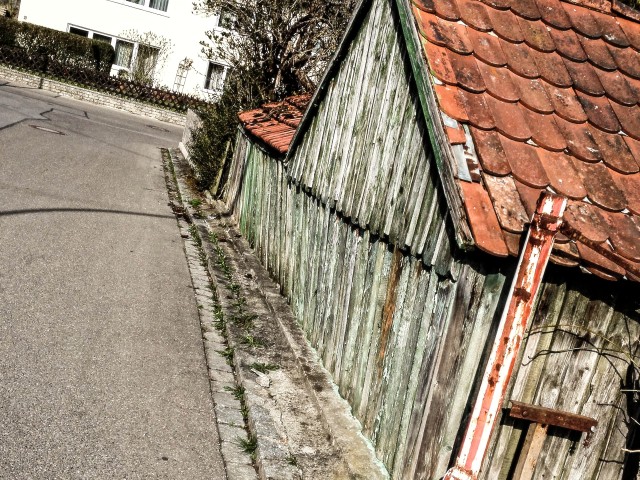 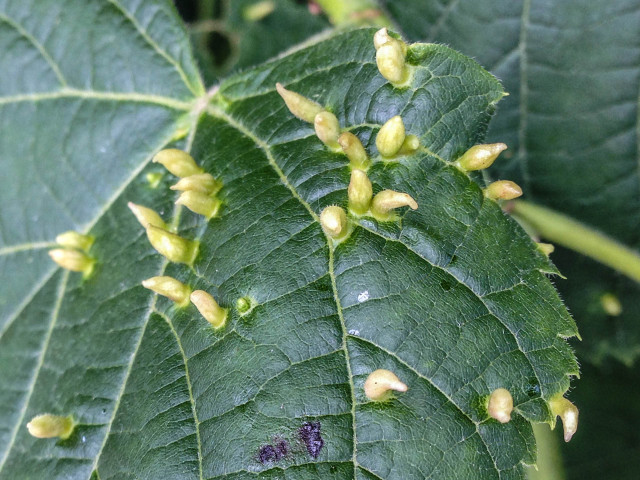 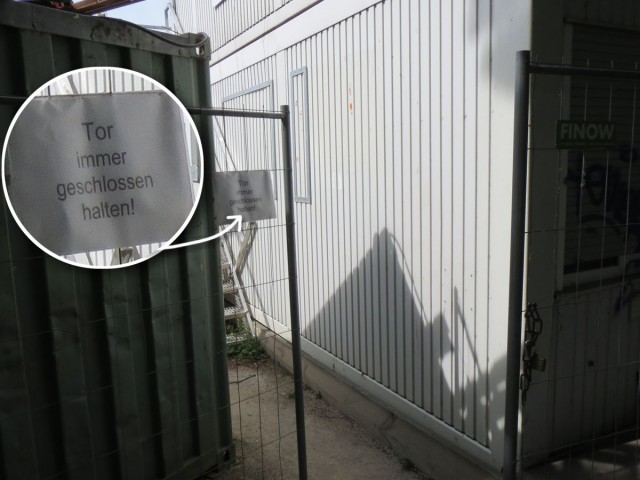