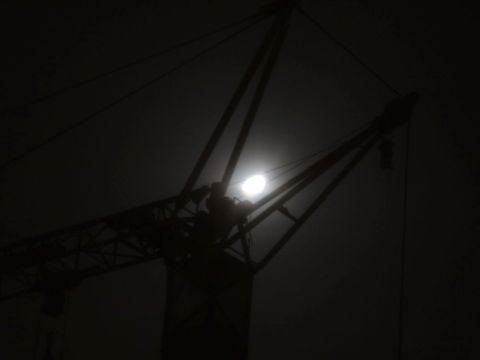 (A little blurry since I had to photograph it through the mosquito net to keep the perspective.)

Update: Here’s a brighter version for people with darker monitors: 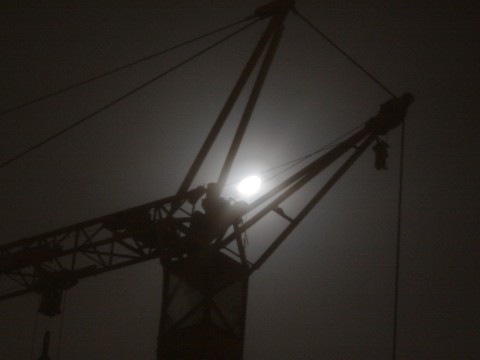 Projekt 52 week 40: When I look through the window…

When I look through the window… 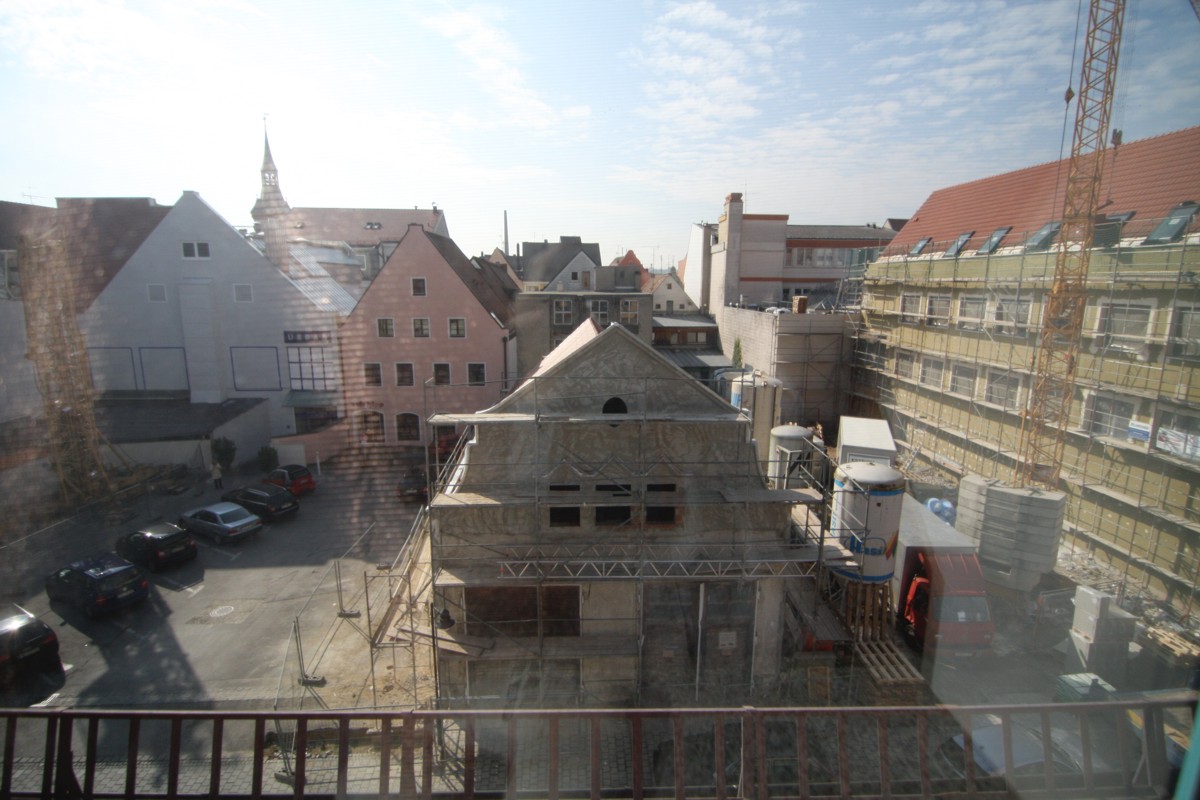 Week 40: When I look through the window…

A wide-angle view from my inner city window – showing the old house that I already presented for “Opposites” at an earlier stage of its restauration in the center, the blue sky on Monday (probably the last one this week…) and my sun-lit fly-screen.

I picked the opposites of old and new: 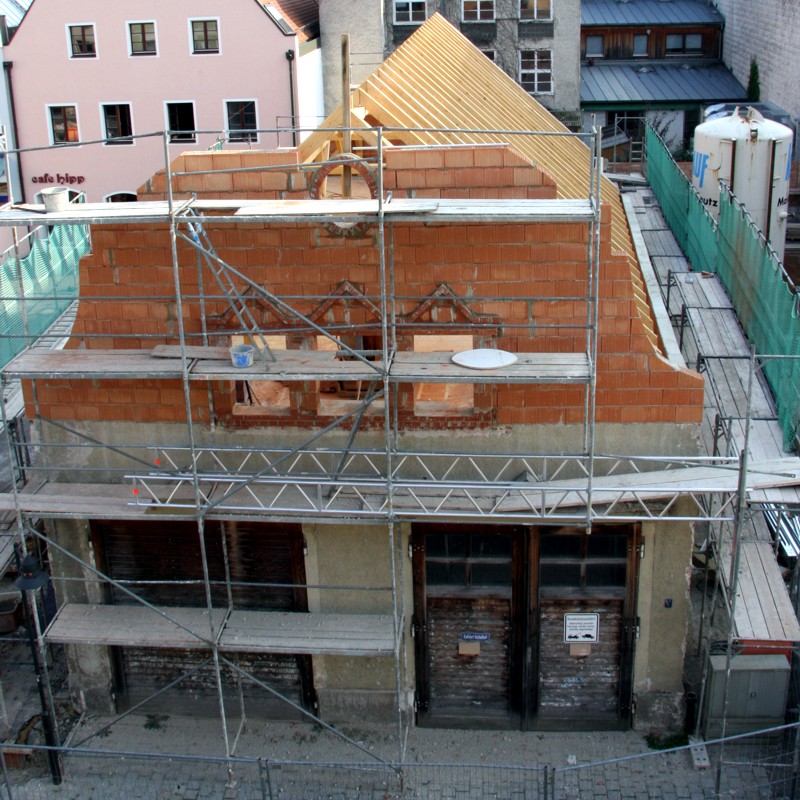 The old house from the century before last, whose side wall, for instance, I already showed in week 27, during its renovation – the roof and the gables have been torn down, now they’re building a new roof and new gables on top of the old walls.

So they completed the construction of a small bridge (German article in Donaukurier) after nearly one year, and what do we get at the opening ceremony last week, in addition to a speech of your new mayor? “Of course” a joint Catholic–Protestant benediction of the bridge including a statue of the “bridge saint” John of Nepomuk (my translation of above newspaper link):

[…] together blessed the construction and the people who will use it, and put the bridge under the protection of Saint Nepomuk. The two clerics expressed their hope that the bridge will bring people together and that there will be no accidents.

The old bridge, then, can’t have been under the Nepomucene’s protection – or he failed at it –, since it had to be torn down due to deterioration, and since it had been rather low, it had been a problem during high-water situations.

Claus Hipp, boss of the renowned local baby food company which financed the statue crafted by Adolf Mühlbauer,1 also had his say:

Pfaffenhofen’s honorary citizen said he is thus hoping for protection by Saint Nepomuk from further floodings and also that it would still be possible in the future to “freely state one’s opinion” – for that’s what Saint Nepomuk also stands for, said the entrepreneur.

The fact that the new bridge was built noticibly higher than the old one will certainly be much more helpful against floodings than erecting an artfully sculpted block of stone. And regarding that thing about freedom of expression, the fellow must have gotten something wrong, or he’s using a very lose interpretation of confessional secret, because according to German Wikipedia, this saint is “only” concerned with:

By the way, may millers whose mills are not driven by water power also feel protected by Nepomuk…?

No, I’m not writing about the Olympics in Beijing and their opening ceremony which will start today at 8:08pm local time = 12:08 UTC1; I just wanted to mention that by chance there are exactly 8 marriages planned at Pfaffenhofen’s civil registry today.2

A wedding date that’s probably harder to forget than others… local couples probably won’t think much about the Asian superstition that the number 8 means luck and wealth. (Hopefully.

Just a little pity for the couples that they have to take the ramp at the back of the town hall because the proper front entrance is still inaccessible due to the construction works – my photo from this Sunday shows the ground at the front.