Almost every second German is superstitious


And almost every fifth is feeling uneasy today on Friday 13th.

– since Statista titles (in German; my translation) “Friday 13th spreads only little fear”, based on the same number of 17.9% (see here (German); by the way, 22.3% of women say they’re “especially careful”).

The latter numbers are from a different poll (2007 Germans aged 14+, GfK, June 2008) than the one asking for particular objects or situations of superstition that is the basis for this post’s title (2000 Germans 16+, Allensbach, Nov. 2000): 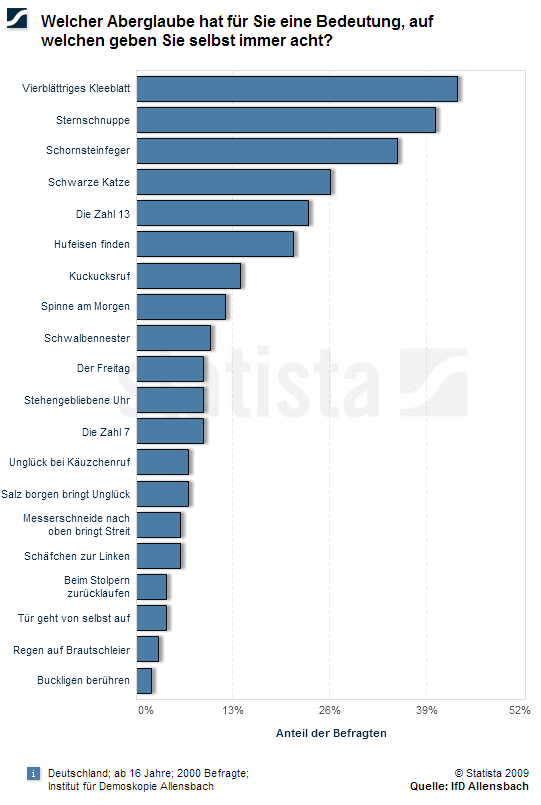 It’s of course hard to tell this way if those not believing in clover do believe in other stuff, so there may actually be more than 43% who decided to give their brain some time off in favor of their superstition.

Addendum: Julia reminded me about the extreme superstitions of US presidential candidate McCain and, to a much lesser extent or maybe not at all, Obama.