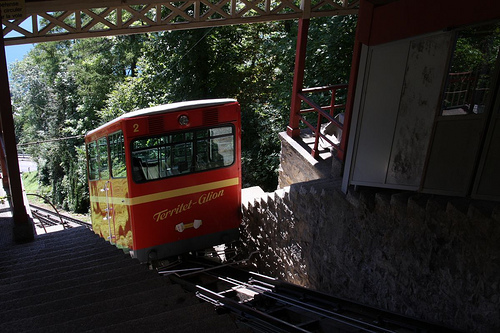 From nature to technology – to the funicular Territet–Glion (about 300m above the lake). (The Italian title is from the song about the opening of such a train on Mount Vesuvius, see Wikipedia.)

One of the cars and a look at the mechanism: 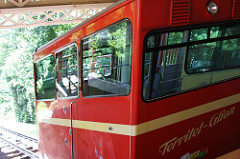 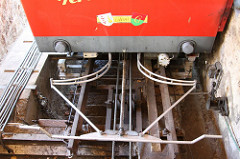 On the ride down a look through the window (in which my bright t-shirt is reflected) shortly before passing the other car going up; and a bridge along the way (photographed through the opening of a small horizontally pivoted window at the top): 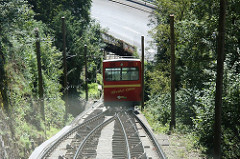 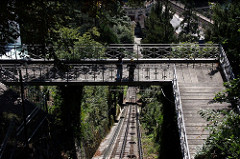 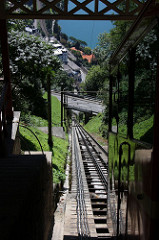 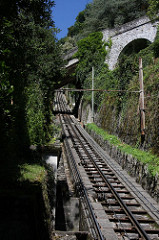 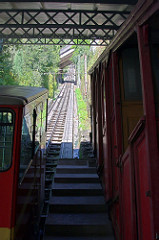 An old car still to be seen in the lower station (already partly visible on the previous photo): 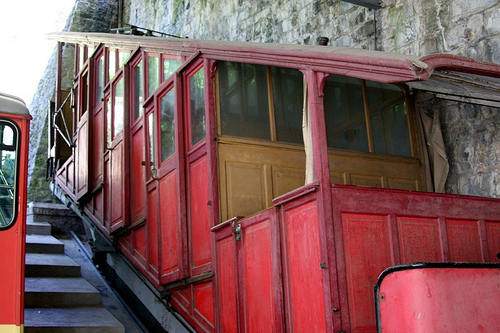 And speaking of railroad vehicles, let’s turn quickly to the Glion station of the cog railroad from Montreux to the Rochers de Naye (the Mountain behind Montreux), right next to the funicular station: 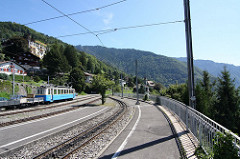 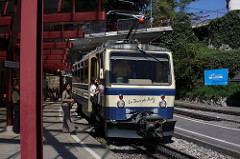 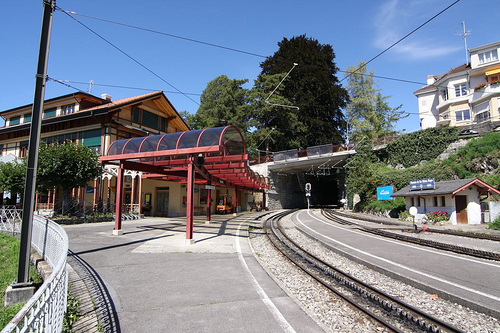 And further below where it passes a bridge at the top edge of Montreux: 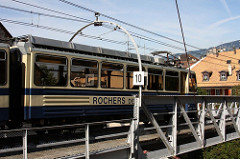 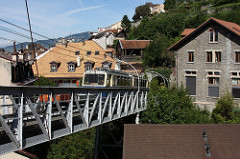 Speaking of the Rochers de Naye: One current photo from lakeside and one from four years ago when I was up there: 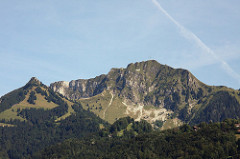 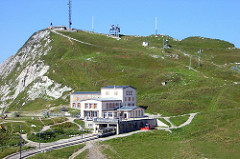