Kitchen culture is the topic in week 11 of Sari’s photo Projekt 52, and my double photo rather show the lack thereof (which doesn’t mean that I don’t cook myself more often than not, I just chose to pick this pizza for this week’s photo): 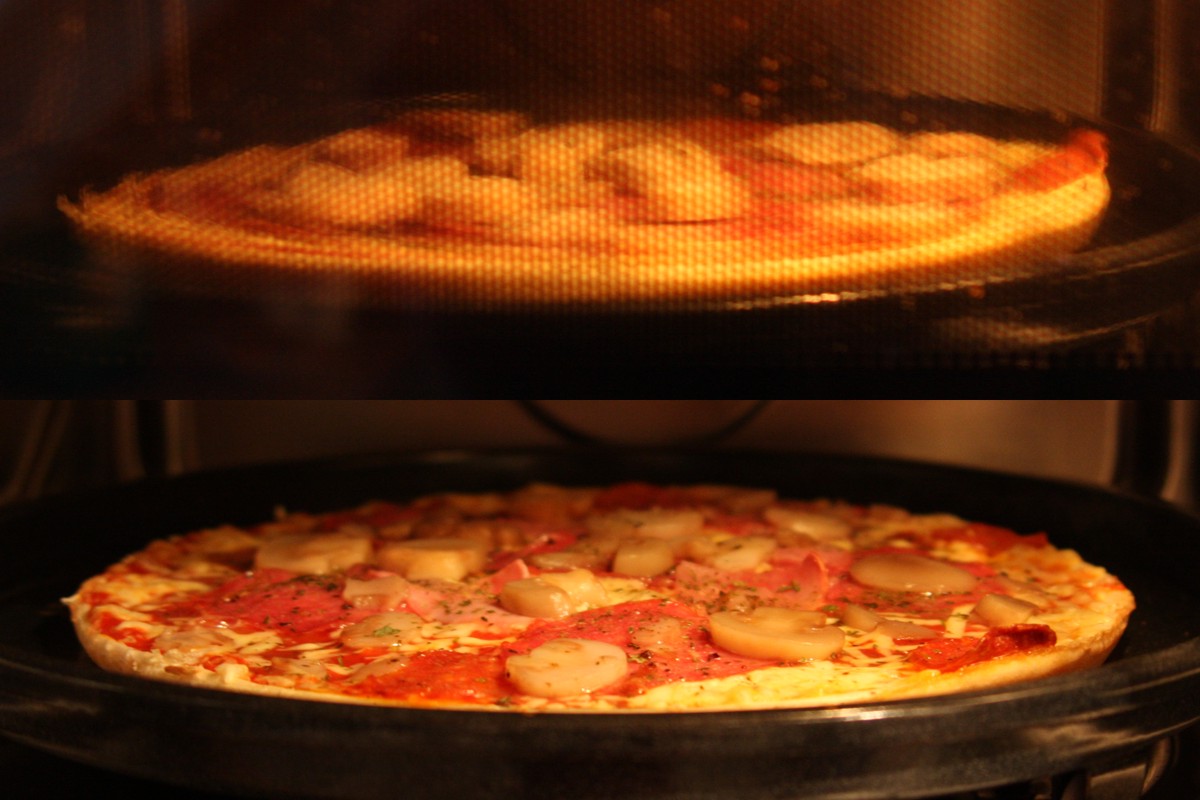 A frozen pizza, in the upper image while it’s rotating in the double-grill microwave oven (which can in fact often rival a baking oven), and done in the lower image after five minutes – and more than just edible nonetheless.