Way up in the air

…aren’t just the emotions after the World Cup victory, but it’s also this week’s topic at Pabuca.

Let’s start with maypole and modern lamps at the main square: 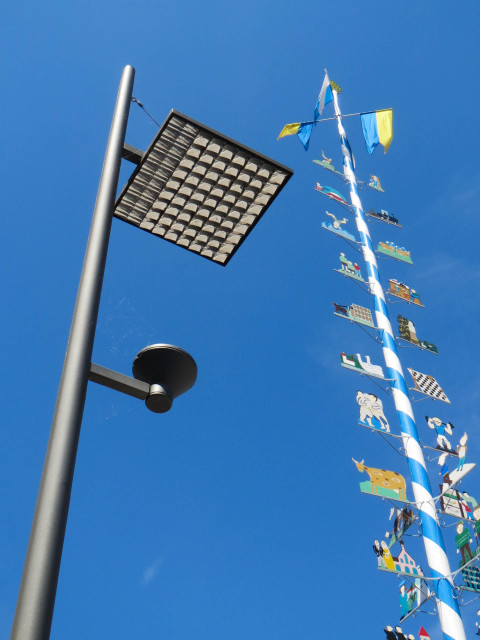 Remains of old external goods hoists are visible in several places, though mostly just by doors in the walls: 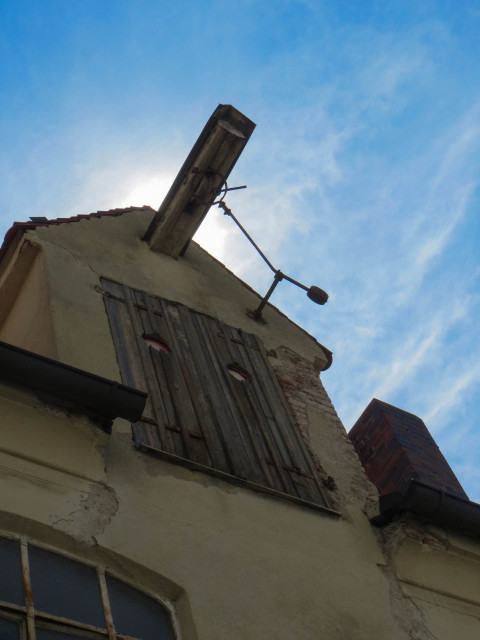 One from the archive, because it would be hard to order a hot-air balloon, get back into my former apartment, and let the balloon fly just such that it’s visible between typical gables and the biomass heating plant’s chimney: