“The history of Pfaffenhofen interpreted by pyrotechnic virtuosi” – that was the description of the fire theater by MillenniumVision last night. Even though you sometimes didn’t see much when some performers were dancing in the fireworks’ smoke in relative darkness (and photographing fireworks when standing in the crowd doesn’t yield that many noteworthy results either), but I still got a few photos for you: 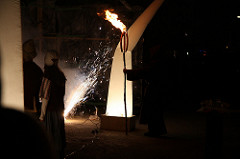 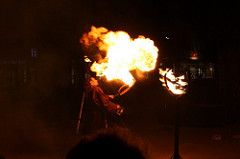 …a lovely maiden performed a ribbon dance and a tenor sang: 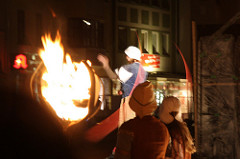 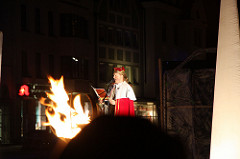 In between a look at the elements around the area1 – and then on to the ignition of the town hall, luckily just a frame structure with foils and not the real one: 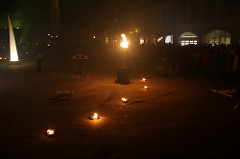 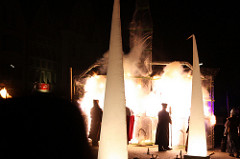 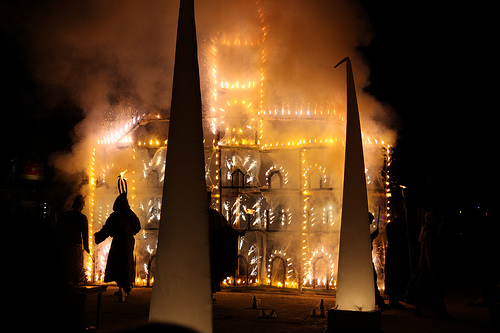 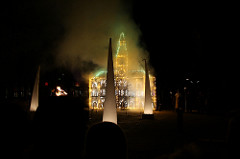 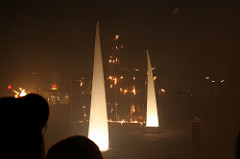 After small – well, actually did last some time – fireworks, the actors left the area… 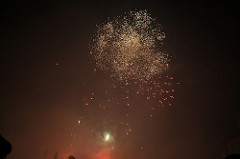 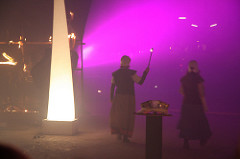 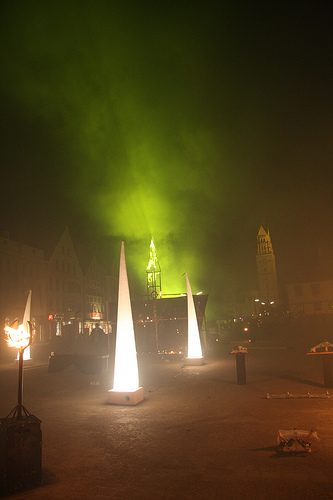