When you’re already annoyed by the demolition work across the street – the old Amberger cinema, later “Ilmgau-Großmarkt” and part of the department store, part of the building group which I had shown before for the Projekt 52 topic “Contemporary witness” – (German newspaper article), you can at least try to make the best out of it: a few photos

And now the last section of the roof, shown in photos with a little over 1 second between (the camera made more, of course, but I don’t want to overdo it too much here…): 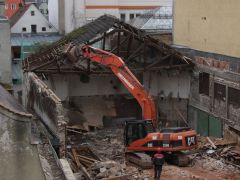 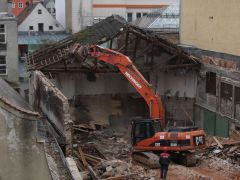 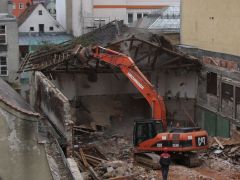 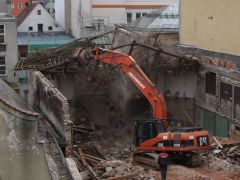 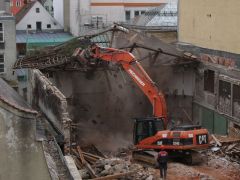 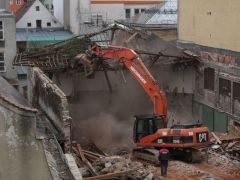 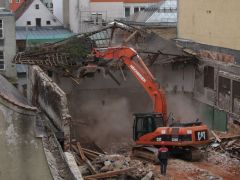 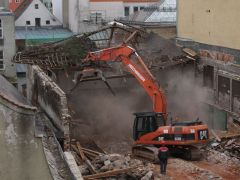 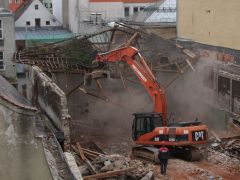 PS: The post title “Klickeradoms!” is a German sound word invented by Dr. Erika Fuchs, the great German Disney translator, for objects falling down, hitting the ground and usually breaking into pieces. Isn’t that prettier than e.g. the usual “Thud!” in English?