At first, I only showed the first image and a little quiz “what do you think is special about this image?” Well, it’s a night photo as can be seen on the second image in original brightness, which has been slightly modified in brightness and contrast (with Corel PhotoPaint’s automatic function): 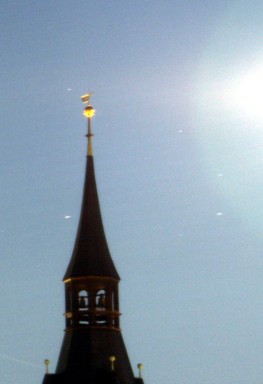 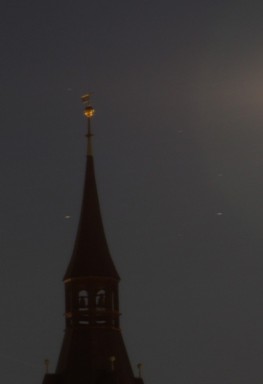 From the right, the moon is glaring into the photo, the elongated dots in the sky are stars which actually moved that far within the 20 seconds of exposure – and that there are brighter parts on which the moon doesn’t shine directly is also caused by the street lights, of course. 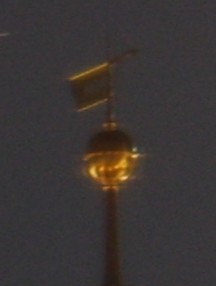