“Night” is the topic at Pabuce… Lets start with an image that could probably be in many cities – but also in Pfaffenhofen, there are construction sites everywhere: 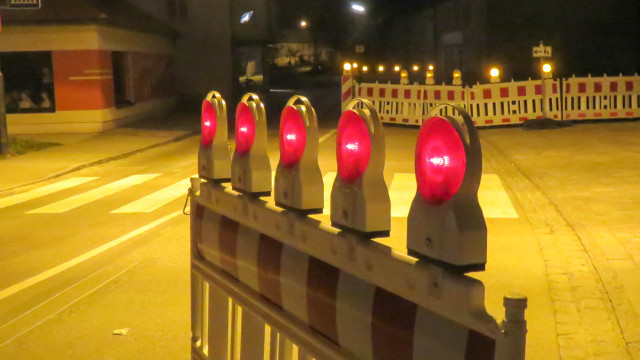 Is the train station a “soul of the city”? In a small town probably rather not, because there are neither shops around here (except a small kiosk with limited opening hours) nor is it in the heart of the city, but rather at the edge – even if the city expanded towards the station once the railway line was completed in 1867 (such as engineering factories and later a well-known baby food producer), and beyond.

Though if you want to go to the mountains with a train, as the text on the engine advertises, you shouldn’t continue in this direction (north): 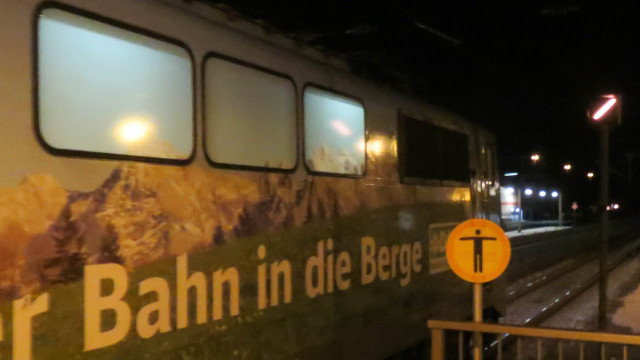 Finally, yesterday there was a special occasion: A former café, called “legendary”, which opened for one more commemorative evening mostly for old regulars, and was illuminated nicely with changing colors. After there was noone in the family left to continue the café, there’s normally nothing going on there anymore. At least until everything except the facade will be torn down…