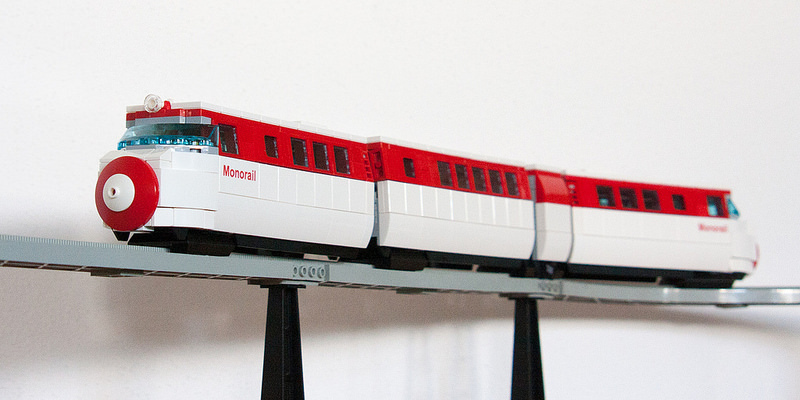 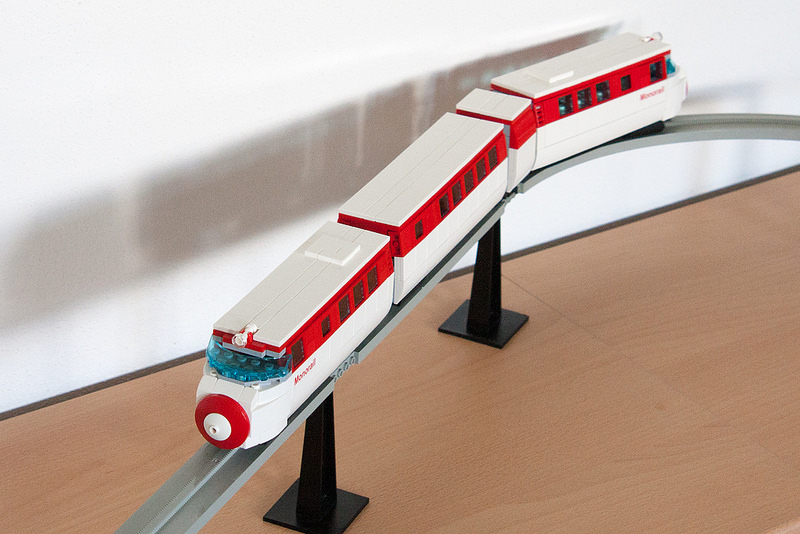 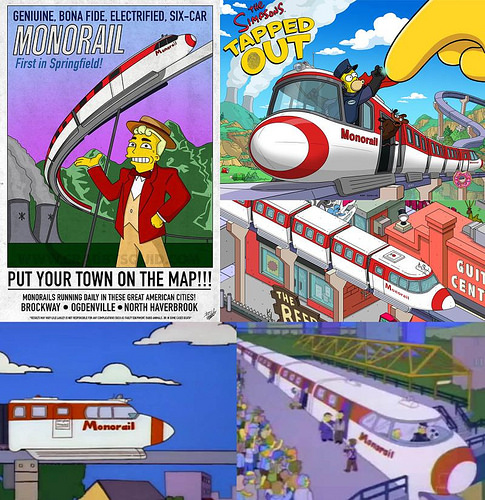 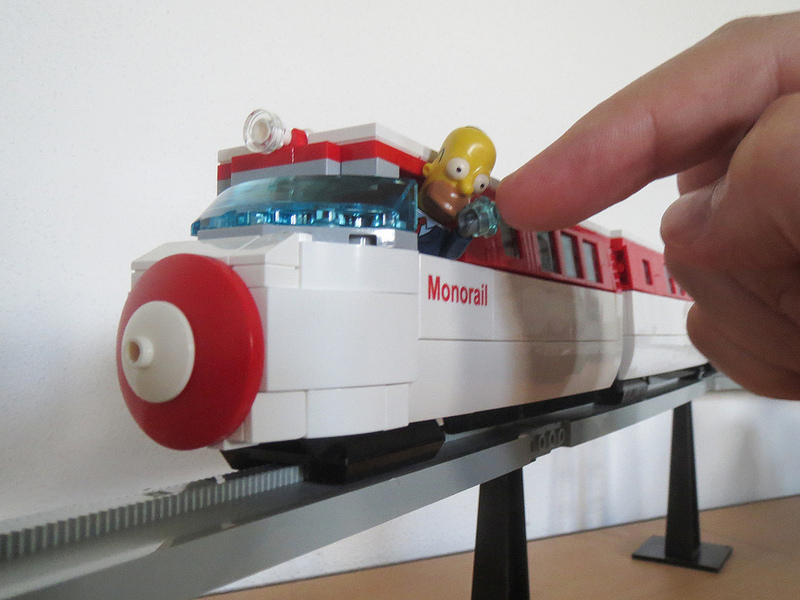 The Simpsons house, being a typical one-family house, doesn’t quite fit into a downtown area – in its Lego incarnation as well as in real life. And the strange heads that Lego chose to give the Simpsons figures won’t go well with the well-known regular minifigures. So what, Lego buildings can be easily modified – and the heads can serve as masks for the minifigure population. Like in my latest Lego houae: 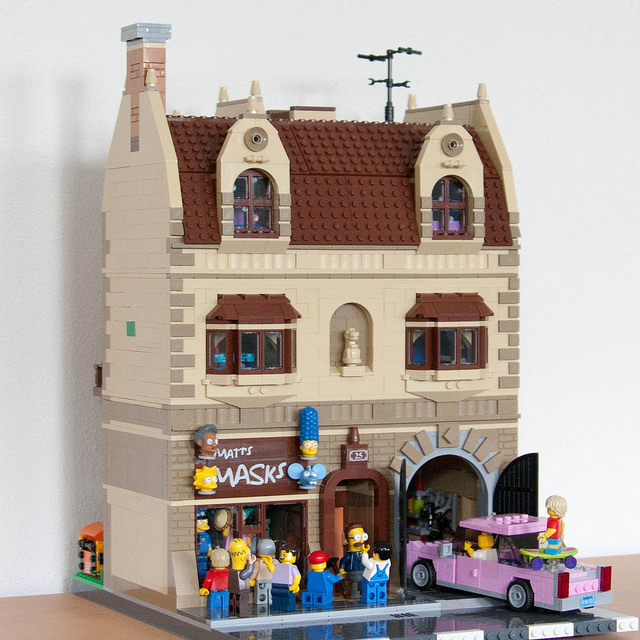 And of course the new Simpsons intro for the first HDTV broadcast (in the USA, at least; first via Nerdcore):