Smoke on the water – and over an entire city…

What do these numbers mean, you ask? 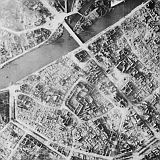 Oh, and on 4 Dec 1971, the casino in Montreux burned down during a Frank Zappa & the Mothers of Invention concert, inspiring Deep Purple to Smoke on the Water.