At statista.com there are numerous statistics data of a lot of German surveys, “over 1 million“, they say – and not just small ones like in some blogs, but real, representative ones by major institutes.

The servers currently seem to ache under the number of visitors…

You can embed the statistics easily – I picked this one as an example:

Do you have a web blog (online diary) of your own?

Unmarried ones are blogging more than in another family status, and, no wonder, young people more than old people: 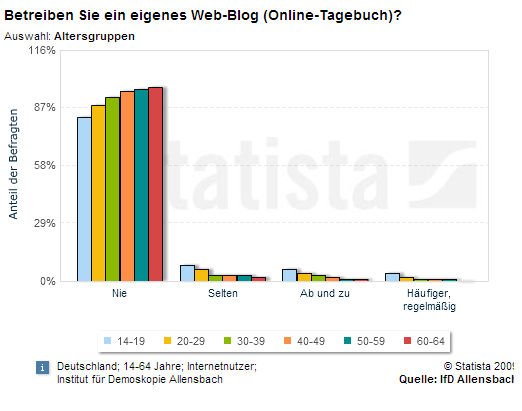 The differences between the sexes are very low and almost dissolve in rounding errors (men blog a little more), similar to monthly income with intermediate incomes blogging a little less.