Nice occasion to combine two topics in one post… The topic of week 2 in Sari’s photo Projekt 52: 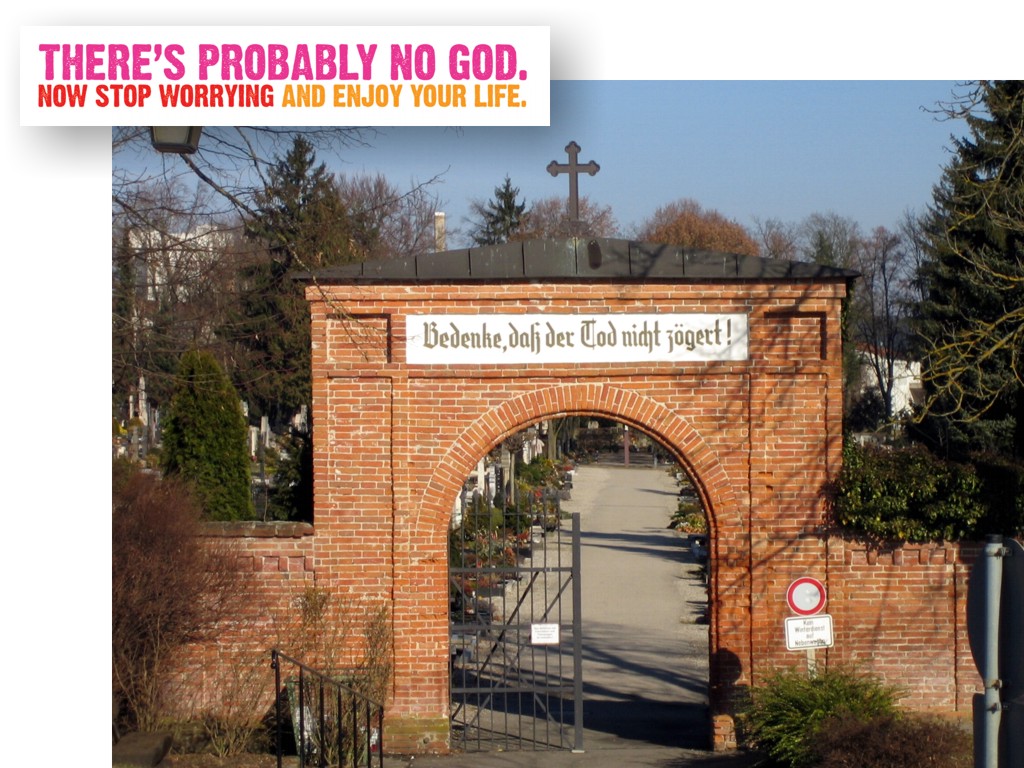 “Consider that death does not hesitate!” – that’s what the entry to Pfaffenhofen’s cemetary says. So make the best of your life, time’s limited! As also the atheist campaign with ads on busses in London (and elsewhere) says: “There’s probably no god. Now stop worrying and enjoy your life.” And there are plans these days to start such a campaign in Germany, too (about which also sapere aude notified me); the German version of the slogan is still being discussed.

Coordination is done on the German Brights-Blog, who will also add the possibility to support this campaign with donations.