One of February’s topics of Projekt 52: 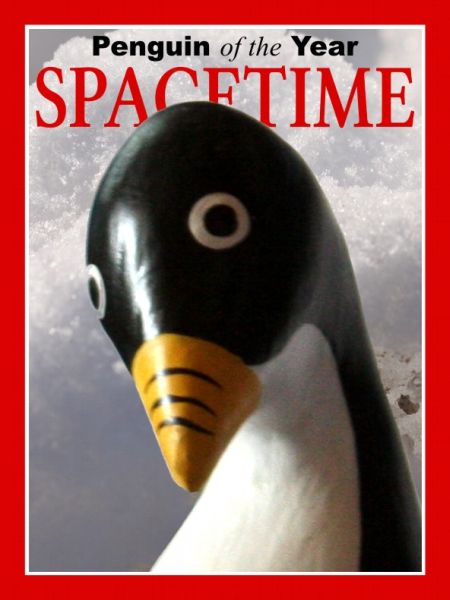 The Hörzu, one of Germany’s top TV magazines apparently can’t keep away from it – after this unspeakably uncritical three-part “miracle healing” series including personal experience reports from its author (I wrote about these here, there and there, but as of yet in German only), issue 35 now contains an article (also online) in which an editor may report how she wanted to fall for an animal telepath – she worded it differently, of course – after her cat with a pseudo-aristocratic name, nicknamed “Katerchen” (=little tomcat), had run away after they had moved. (All quotes are my translation from the article.)

All this combined with the advertisement for the involved “animal telepath and psychologist” Dr. Rosemarie Marquardt and a book from the “pioneer of animal telepathy” Penelope Smith, where she had taken a course.

Not just imagination? “Everyone has the right to doubt that. It appears incredible to people that you can communicate with animals. But that’s only buried abilities that anyone can regain”, Marquardt says.

Yeah, sure. Fits the tenor of the introductory paragraph:

Speaking with animals is a dream of mankind. Animal telepathy shows one possible way. Humbug or reality? A self-experiment

It is reality, unfortunately, that people are sold a lot of humbug… Direct communication, also and especially in a non-verbal fashion as is also important between people, is one thing – but saying that telepathy is involved in that is (not only) in my opinion nothing but mystic bullshit. Somehow, though, it doesn’t surprise me that some people like to amalgamate these things. In a journalistic aspect, this article is a very weak effort, at any rate. Well, what could one expect especially after the “miracle healing” series from the Hörzu, anyway? The article continues:

This works even over a long distance, a photo is sufficient, she says.

And for this, that mystic bullshit is certainly required, for you want to have something to offer to the desperate owners.

And thus we have the “pleasure” to get to know that the author’s cat alledgedly told the “telepath” that he “didn’t run away, just wanted to see to his old district” and got injured, to a animal shelter and to a new family. And alledgedly sent images …

… that show an old house, with high trees, his favorite place in a bay window, a kitchen with door to a terrace, behind that a garden with bushes and nice hiding places.

Including a black dog nearby. Alledgedly “exactly sketching” the former residence, even though the author says she never mentioned these things.

Now, we don’t know how extensive these two ladies have talked, if the “telepath” said/wrote all this immediately or during a conversation that actually took place, apparently; one can only speculate over its exact course. We are only told that a photo of the cat in the new apartment (second floor) was mailed – who knows, maybe the “telepath” didn’t know that and interpreted the green area with bushes in the background accordingly… at any rate it is very doubtful that she said only correct and no wrong things without any feedback from the author.

It is known that psychologically experienced “telepaths” and “fortune tellers” often have that much knowledge of human nature that they can tell a lot from the most inconspicuous details – race of the cat, living room accessories (both visible in the photo), demeanor of the client, … – (known as cold reading), enough of which being correct to lead, in combination with the effect known as confirmation bias1 and a clever conduct of talks with vague statements that the customers themselves confirm directly or indirectly, to an extremely convincing reception by those willing to believe.

The leader of the school for osteopathic horse therapy in Overath met Marquardt through the treatment of a young mare. She confirmed her extraordinary abilities, but warns: “Animal telepathy is currently en vogue. Often, however, it is dealt with irresponsibly.“

Irresponsible – I think that’s a good word for telling despaired pet owners who’d clutch at any straw about pretended telepathic contacts with their disappeared darlings. Comforting lies still are lies – though certainly many “telepaths” also suffer from self-deception instead of lying intentionally. (All this seen independently from successes with direct contact with the animals.)

If animal telepathy really exists – then what causes it? Empathy? Intuitive knowledge about others through observation? There are approaches for scientific, neurologic explanatians, no doubt.

These explanations aren’t given, though. Well, that’s Hörzu. Explanations for what exactly, anyway? Looking at pets to guess their well-being or illnesses, somewhat getting their feelings? No problem, see above. But for telepathy?? They’d like that, no doubt. There may be pseudoscientific explanation attempts – morphic fields and similar stuff, for instance –, but no real scientific ones. At least I know not a single properly conducted scientific study or experiment that didn’t end negative for parapsychology fans.

Well then, if the subscription service doesn’t mess it up, this was my last Hörzu anyway.