Easy for me to find a motif, just get on my balcony and I had my constructural contemporary witness: 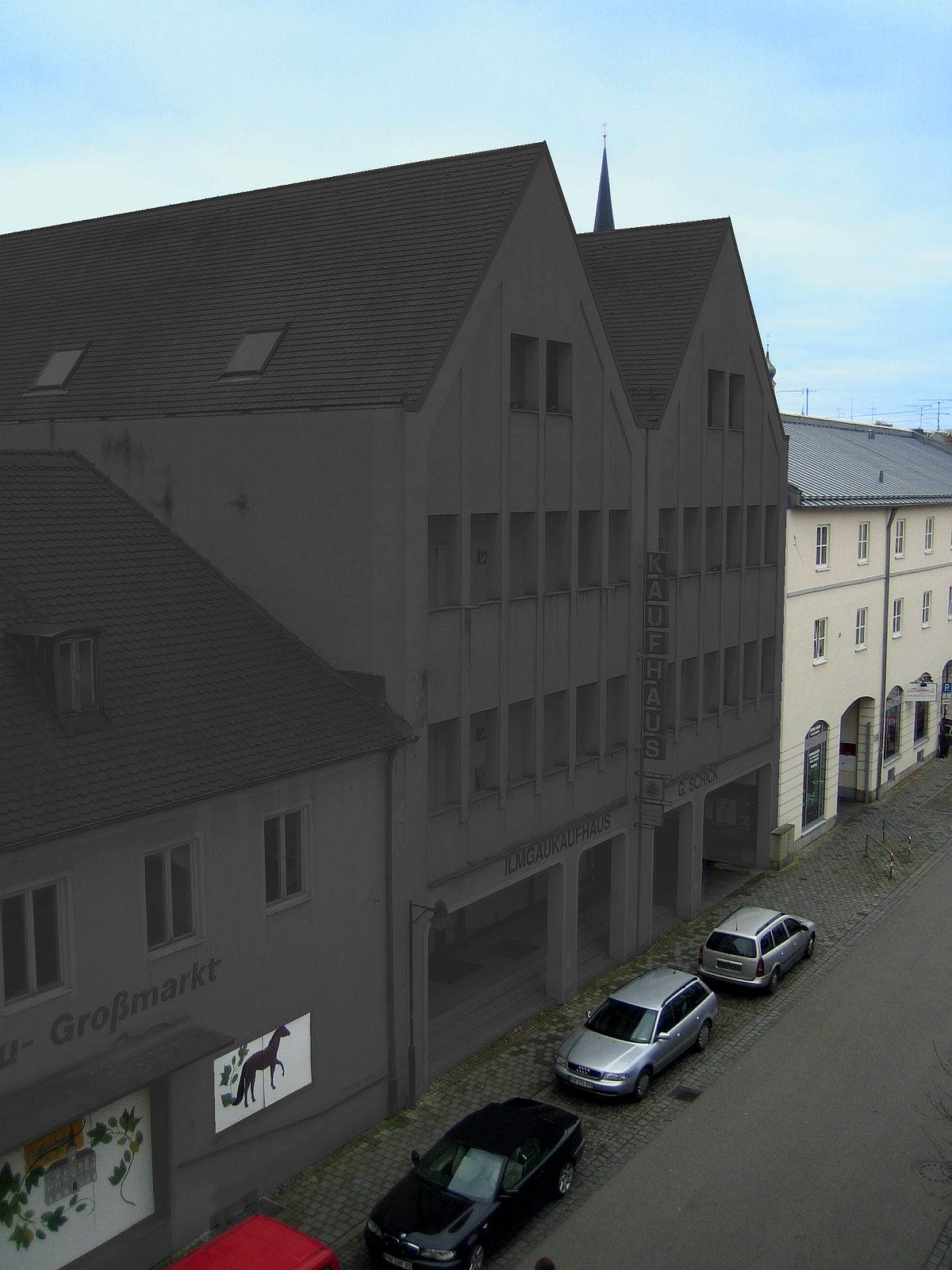 The old Ilmgau department store in Pfaffenhofen/Ilm – opened 1977, closed 2005 with 7-digit debts. To the left an old cinema, at last the beverage department of the store. Since recently, after several failed attempts to sale/auction it, it has new owners – cinema will be knocked down, the rest will house offices, and probably a shop on the ground floor.

I’ve only seen the last two years, and then it was mainly a supermarket with remains from general wares. Old furniture and installations, broken heating in the last winter, range of products growing sparser and sparser, probably the region’s highest share of food beyond its eat-by date – and ever fewer customers. Which turns into a vicious circle, of course…

…so, a contemporary witness of former store ages that couldn’t keep up with the times…

Of course I modified the colors a little…

Help, the monster is loose!

Aaaahh! A few days ago, it appeared for the first time, this *gulp* horrid monster with its glowing eyes and the *shiver* terrible mouth! And almost every evening it briefly looks around. It will surely catch me on Halloween! *shriek*

Look at this sh- shocking photo: 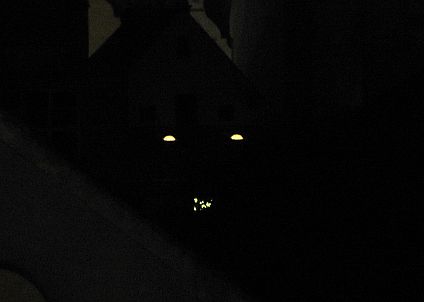 These eyes… and that mouth… *whimper*
My worst nightmares…

END_OF_DOCUMENT_TOKEN_TO_BE_REPLACED

The building site of Pfaffenhofen’s town hall which is currently being renovated/restored was open to the public today, including explanations by architects, planners, and the mayor. I added seven photos of this to my Pfaffenhofen gallery – here the thumbnails with direct links to the larger images with a few explanations:

So, yesterday, 07/07/07 (unfortunately not on 07:07), the “New 7 Wonders”, which could be voted for on the internet, have been published – not officially acknowledged by the Unesco, not undisputed, but… well, never mind. So we now have (or don’t have), besides the ancient wonders of the “world” – limited to the Mediterranean area and the Middle East, which was the world known in ancient Greece –, which are

– including, by the way, just two of my seven votes, and the Neuschwanstein Castle in Germany didn’t make it, “of course”, was apparently on the unrewarding 8th place – and, so Zahi Hawass doesn’t get mad, also (=>8) the honor candidate, the “eternal wonder”:

the only ancient wonder that still stands.

Think of it what you want, ‘t is a nice thing, somehow, anyway…