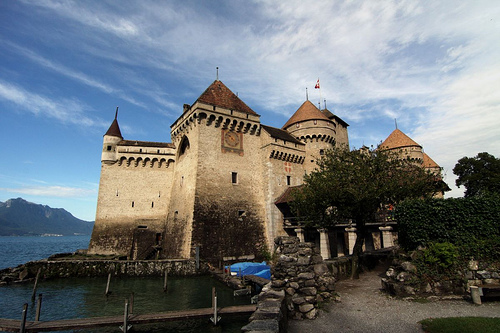 The Chillon Castle (Château de Chillon) is located on the shore of Lake Geneva near Montreux, Switzerland. The castle consists of 25 independent buildings that were gradually connected and now form a single whole.

And since then, there have been many additions and reconstructions on this Château de Chillon (official site) that’s the topic of today’s photo collection.

As with the flowers yesterday, you can also view all the photos in the Flickr set in the same medium size (and click to get the large size, of course), whereas I’m using different sizes here and add a few words, too. If it’s too much at once, if you’d prefer more small thumbnails or, on the contrary, more larger photos, please speak up…

After the wide-angle view above, let’s have a look from northwest and southeast: 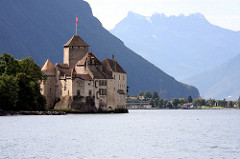 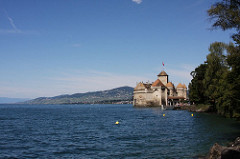 And now with a ship in the front – and the ugly stilted highway in the back; as well as from 300m higher and with maximum tele zoom (and post-processing to remove the haze): 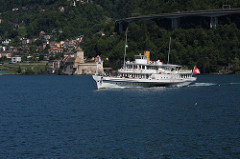 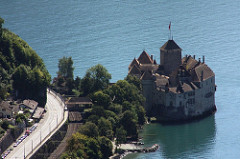 Let’s get inside – across the bridge that replaced the drawbridge in the 18th century: 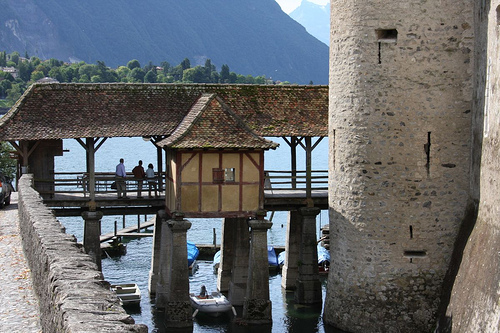 A few looks into and from the courts (not in the order of the tour): 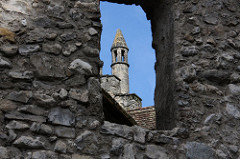 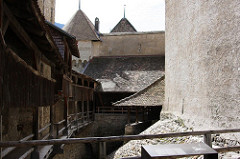 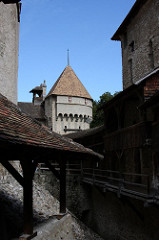 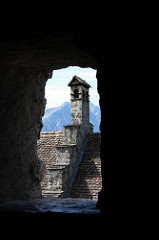 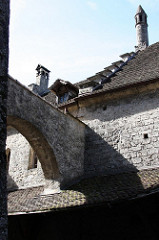 The gothic cellar vault, part-time jail, and a cellar with a small opening in the top: 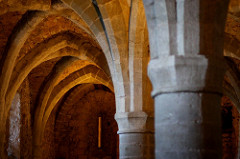 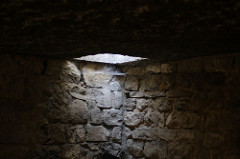 There was a photo exhibition in the coat of arms hall, and I was glad I had that wide-angle lens in the chapel: 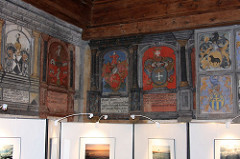 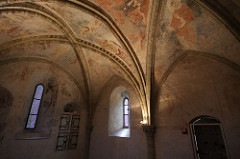 State-of-the-art cooking equipment and the latest in men’s fashion can also be found in the castle: 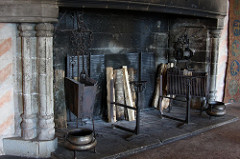 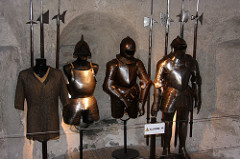 On the left a mechanism for the drawbridge or the gate, on the right the view tall people like me (1.90m = 6 ft 3 in) get in many places without bending down: 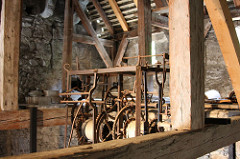 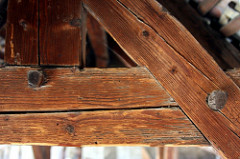 A bed, a chair that doesn’t look very comfortable, and a 15th century coffered ceiling: 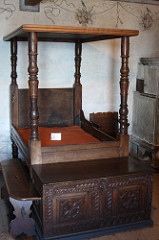 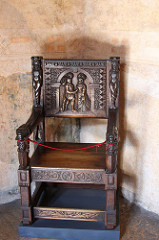 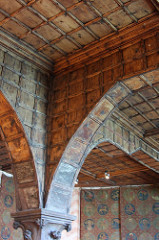 An old wall painting, a barred passageway, and a crenel made for firearms: 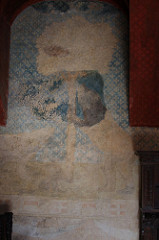 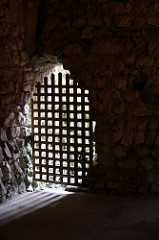 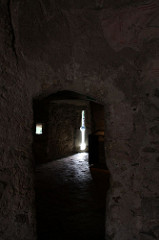 Two pictures combined with HDR tone mapping (which I have yet to practice…) from photos with varying exposure: 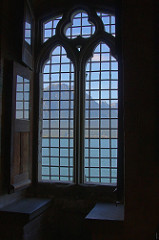 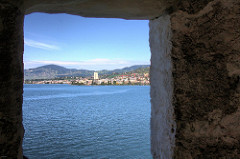 And at the end panoramic views from the keep, the highest tower, to the northwest and southeast – and downwards: 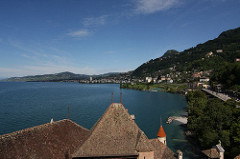 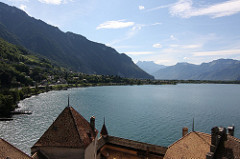 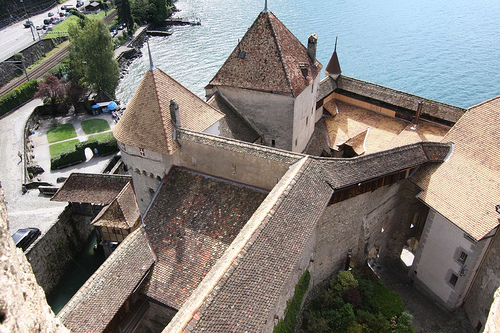