The Mystical Meanings of Accidents (3)

After we looked into the mystical meanings of various kinds of accidents in part 1 and part 2, here follow the meanings of the thoughts you had when your highly personal accident happened.

Unless specified otherwise, the topic of your thoughts is holohomeoistically potentized, by which you can see the quintessential meaning of it.

These are the seven most meaningful topics of your thoughts:

There are two options here: Either you already are an energetically reproach-free healer in the name of the LORD without faults in character – then the omnigracious universe tells you with the accident which illness your next client has so you can optimally prepare with the proper vibrations.

Otherwise you immediately have to go see such a healer – preferrably a female healer in Paris – so she can, in the name of the Holy Grail, that is the Ancient Mother, the divine female, take the curse from you that makes the same accident happen to you every day with increasing intensity.

“Gotta have that too”

You obviously lack spiritual-religious guidance because, no matter which specific object or subject you may have thought about, the fact that you had an accident during this thought unfallibly unveils your yearning for a papal guru. But where to find one? The Catholics got their Benedetto in Rome, but Catholicism is nothing you’d like due to its extramarital lovelessness and for being overly realistic. Papal gurus and the matching hypermystified religions of light are not easy to find, you know.

So the best option will be that you look into a mirror and make your mirror image itself your guruic pope. Concerning the corresponding religion, you should be creative – imagine for instance what the result of the Flying Spaghetti Monster together with a teapot filled with living water having the same accident as you would look like. The sky’s the limit of your cosmobiological combinatorial phantasy!

That’s nothing special, since everyone thinks that all the time. All the same, you had an accident during this thought, and this is of course a message from the goddesses Ishtar and Freya who want to tell you: To satisfy the needs of your meridians you should seek a position (hrhr) in a theme brothel – you know, a brothel with differently decorated rooms ranging from plush-pink to a car as bed.

The predetermined theme for you is of course derived from the kind of your accident. That is e.g. a car bed for a car accident, a paddling-pool when you nearly drowned, or a giant shoe when you stumbled over your own feet.

Exception: You had a sex accident. Then you must wear a chastity belt 24/7 from now on – but a belt made for the opposite sex! This is the only way to re-establish the necesary connection of your Svadhisthana chakra to Gaia, the Living Earth, without enraging your popping biophotons.

Juicy roast pork? Huge bowl of salad? Part of a sweet tart? Tofu pie? Peperoni pizza? What’ll it be? The cosmos knows the answer, of course: Parts (or particles) of tarts – but no fresh ones, rather those left from when the bakery opened, i.e. primorial particles who provide (even without additional acceleration) the needed primordial energy in your starving intestines. Then it’ll work out all right with the orgonic neighbor!

Or was it the neighbor from the Pentagon? Never mind. At any rate, an accident during this thought is a clear evidence that your mystical-masterly guru future is better based in the , pardon, scientific area than in the meditative-mental area if you really want to become rich, and the kind of your accident tells you which specific foundation is the best for your , pardon, scientific insight, books, DVDs, devices, and pills.

“All’s mine, won’t give anything away” 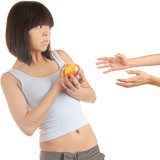 You might have thought that de spells were not your nature, but in truth you must join forces with the elemental magical powers in order to achieve your goals in life and in heaven. Thus you should make yourself a witch altar and a witch cooking-pit, and you must also make sure your room is properly decorated: You will get the best feng shui from gold and silver porpoise and gopher figures – the more kitschy-cute, the better; at any rate one of each must depict your accident.

You even could make lots of money along the way by manufacturing and selling such figures (and plush pillows and notebooks and t-shirts and and and…) yourself, that’s gotta have more potential than Hello Kitty and Diddl put together – at least it will have the holistically better vibrations!

“Only assholes! The entire universe is nothing but crap!”

Warning! Don’t forget that due to the irrefutable Law of Attraction the universe will provide you with anything that you wish for hard enough. But would you really want to drown in a heap of shit? Don’t think so, for this would mean very bad karma for you (and it would stink).

The fact that you thought this when you had your accident means that you urgently must clean all your congested meridians, especially your enteron energy must be able to flow freely. The best cleansing method is derived from the opposite of your kind of accident. Example: If your accident was water-related, the cleansing must be dry, preferrably use anthroposophically-ecologically cultivated steel-wool.

Your job – probably an energetically very pale desk job – doesn’t give you the fulfillment you’re longing for, so you should quit it and put some color into your life. I’d recommend painting everything pink so your perineal Hui Yin chakra that’s been squashed flat on your chair can rise and you can turn to your new job, or rather calling as unicorn-energy healer with the full pink light’s power of the full moon.

The kind of accident tells you the method you can best heal your patients. But don’t forget that they have to become aware of their illness first – otherwise no healing is possible, as you probably know. So play for a little more time, you’re quite practised in that.

Alright, this is the end of the mystical look at accidends for now. If you got more mystical revelations and truths of your own, feel free to comment, otherwise just be surprised like myself what my crystal ball might unveil in the future – there obviously is a demand for such life coaching, since these days someone arrived here with the search phrase “cough mystical meaning”…