From Hell to Heaven

Rockantenne today played the “100 rock songs for eternity”, a Top 100 that the listeners could vote for for the last weeks. The entire list is available here; Queen made no. 86 with We Are The Champions, (only) 31 with We Will Rock You and the Top 10 which looks like this:

Nice how heaven came after hell – but thanks to the two we-have-to-be-funny chatterboxes who presented the last few hours, there even wasn’t enough time before the 7pm news to play the winning title completely!

Alright, no.1 comes as no surprise – I’m rather amazed that One got so high up, even above BoRhap… or how do you see that? Or are you surprized about other places?

“On the trail of afterlife” – or not 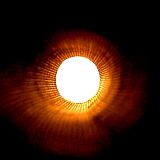 First, Rolf Froböse advertises on WELT Online (German) his book “Die geheime Physik des Zufalls. Quantenphänomene und Schicksal” (translates to “The secret physics of coincidences. Quantum phenomena and fate”; publisher: Books on Demand), the scientifically apparently more than doubtful content Ulrich Berger already mentioned (German), and Kamenin wrote a scientific introduction in quantum physics, entanglement and the lies of mysticism (yeah, also German) – now the current edition of the big German TV magazine Hörzu (no. 20 from 9 May 2008) joins in and advertises “Lucy im Licht – dem Jenseits auf der Spur” by Markolf H. Niemz (translates to “Lucy in the light – on the trail of afterlife”; » book’s website) in a two-page article, a book with a similar topic (I read neither of these books, though, I won’t waste time and money on that – oh, and all translations are mine):

For many religions, “Life after death” is beyond dispute. In the mean time, however, even physicists are convinced of it — there is even initial experimental evidence

Markolf Niemz, who also had TV and radio appearances for spreading his “theories” (I remember one on SWR1 Leute before Easter – also available as Podcast (28 min.), all German, of course), is admittedly a physicist “with a chair for medical technology at the Universtity of Heidelberg”, but neither on the book’s website nor in his Wikipedia article I cannot find any mention of any experiences in relativity or quantum mechanics.

Which, I think, can not least easily be seen in strange analogies like this about near-death experiences:

“People concurrently report they were flying through a tunnel at extremely high speeds, heading for a blazing light at its end. A surprizing parallel to the theory of relativity, which predicts that when moving at the speed of light, you fly through a dark tunnel towards a bright light – and space and time come to an end.” The logical conclusion: “Spirit, soul, whatever you want to call it, continue to exist in an (as yet) intangible area of the world or the universe forever.”

Or: (Decisive) football matches often go into extra time. Spammers say each penis needs extra length. Logical conclusion: Football players continue to exist as e-mails in an (as yet) intangible area of the internet forever.

Or: Well, the German word “Blüte” (blossom) is also used colloquially for counterfeit money, so in German, I concluded: these are growing on meadows and trees, and can also be found in your wallet (if you’re unlucky). So when blossoms wilt, they become counterfeit money (in German)…

Absurd? Yes! But more absurd than above quote from the Niemz article …?

On with the text. That from the aforementioned SWR1 broadcast, in this case; there it says:

Many signs, Niemz says, show that the soul is accelerated to the speed of light at the time of death.

Which, by the way, is not just an oversimplifying summary of the people at SWR, but was also said like this in the show itself.

Now I’m not a physicist, just a scientifically interested layman, so the experts may correct me if necessary, but as far as I know, there are two kinds of particles for what’s concerned here, two kinds that we, earth etc. are made of and which are needed for interaction: those without rest mass which always move at the speed of light and never become slower (photons, i.e. the light particles), and those with a rest mass (electrons, hadrons, etc.) which are always slower and can never be accelerated to the speed of light (since you’d require an infinite amount of energy for that). So if Niemz & co. would like to explain the soul in such ways based on relativity and quantums, they shouldn’t forget facts like these, and in general show more scientific elaborateness. But, well, then they’d have to do without statements with similar public appeal…

Niemz also regrets (in the SWR1 show) that “mysticism got a negative touch” – well, guess why? – and it’s “his goal to remain on scientific ground”. Not too solid a ground, I think. “Everything Lucy writes is not contradicting current science”? Well, maybe his understanding of science…

A perfectly matching quote, in my opinion, from a comment by Lars Fischer on the Brainlog Everyday Psychology (yes, also German, also my translation):

The Entanglement of elementary particles, the wave–particle duality and “quantum properties” of the brain – naturally also mentioned in the Hörzu article, like a well-mixed stew, as well as Froböse and his book are also quoted – seem to form a welcome pretended scientific base in the phantasies of authors like these for alledged afterlife, a soul, telepathy and the like. Add a hint of actual, respectable experiments like those by Anton Zeilinger about quantum entanglement in order to “prove” that stuff – which of course only works with a lot of “selective perception”; when you take a closer look with the required meticulousness, though, such “theories” easily fall down like a house of unentangled cards.

Well, many people wish for an immortal soul, an afterlife, a beyond, and in addition or as replacement for the major religions and their church organizations, such constructs of ideas based on (pseudo-)scientific foundations may be appealing to the authors and to the public which is hopefully willing to pay for them.

Whether it’s the catering to the dreams and yearnings of the people, a “missionary work” or persuasion attempts or simply a rip-off, doesn’t matter that much in the end – if science is abused as explanation for fantasy dreams despite not yielding the claimed foundations – or as Kamenin had said it, “any mystic, religious or spiritual claims basically just try to spread nonsense when referring to a physical phenomenon” –, it annoys (not only) me all the more.

The adequate closing words come from Niemz’ own statement (on SWR1) which, though mainly referring to the missionary work by churches, is also fitting to his books:

“So critically question and think yourself.”

Ladies and gentlemen, we interrupt our blog program to bring you a special news bulletin.

At twenty minutes before eight, Professor Farrell of the Munich university observatory reports observing several explosions of incandescent gas, occurring at regular intervals on the planet Mars. The spectroscope indicates the gas to be hydrogen and moving towards the earth with enormous velocity.

Now, nearer home, comes a special bulletin from Rosenheim. It is reported that at 9:50 A.M. a huge, flaming object, believed to be a meteorite, fell on a farm in the neighborhood of Prien at the Chiemsee, 9 miles from Rosenheim.

The flash in the sky was visible within a radius of several hundred miles and the noise of the impact was heard as far north as Ingolstadt. Our reporter:

“Well, I… hardly know where to begin. I just got here. I guess that’s the thing, directly in front of me, half buried in a vast pit. Must have struck with terrific force. What I can see of the object itself doesn’t look very much like a meteor, at least not the meteors I’ve seen. It looks more like a huge cylinder, with a diameter of… about thirty yards.

She’s off! The top’s loose! Look out there! Stand back!

Ladies and gentlemen, this is the most terrifying thing I have ever witnessed… Wait a minute! Someone’s crawling out of the hollow top. Someone or… something. I can see peering out of that black hole two luminous disks — are they eyes? It might be a face. It might be…

A humped shape is rising out of the pit. I can make out a small beam of light against a mirror. What’s that? There’s a jet of flame springing from that mirror, and it leaps right at the advancing men. It strikes them head on! Good Lord, they’re turning into flame!”

Would that be a reason to panic – hearing it only on radio, without television or internet?

At least that is an (adapted and shortened) excerpt from the beginning of Orson Welles’ radio drama based on H.G.Wells’ “War of the Worlds” which aired 69 years ago today, on 30 October 1938, in the USA and apparently caused some panic mainly in New York and New Jersey where the main plot has been moved to…

You can get an original recording e.g. at the Internet Archive, and a transcript here.

Happy 8th birthday, Rockantenne, Bavaria’s Rocking Radio! By the way, not just playing the whole bandwidth of rock music, but quite a full program with news, info, fun (and advertising) and a few big raffles per year (where I’ve also won a few bucks a few years ago

Can be received throughout Bavaria via DAB Digital Radio (thanks to my proximity to the nearest transmitter without problems in house), FM in Augsburg, cable, Europe-wide via satellite and worldwide via Internet. Just have a listen!