We all came out to Montreux…

Um, no, gotta stop here, because the school auditorium of the CESSEV was, although quite suitable for the acapella concert by Rock4, certainly not the best place around. The Ned, though, a music club in an old factory basement or something like that, wasn’t a a bad place for a Queen cover band rock concert (and even for the shorter quasi-classical before that).

(And nothing burned to the ground, hence no smoke on the water.)

Aaaalright, now that I’m back home, I can admit that I was on holiday for the past few days (don’t want to tell the burglars where an apartment is unguarded); at the Freddie Mercury Montreux Memorial Day in, guessed it?, Montreux. Thanks to Internet access included in the hotel price and occasionally some time, I wasn’t completely cut off from the blogosphere, though not as active as usually.

So in the next days, there’s a little flood of photos, thematically sorted.

But I rather held back with photographing things, actually.1

Well, that’s it for today…

What’s this detail from? 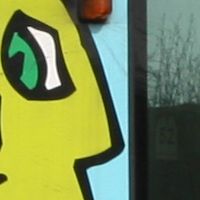 Solved by, well, rather all three participants together: David, Julia and Konna: 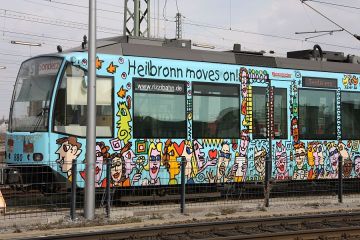 What’s this detail from? 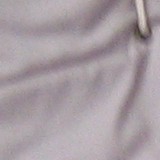 the head rest of a train seat in the München-Nürnberg-Express (RE 4011) – which I didn’t want to hear that exactly, of course. 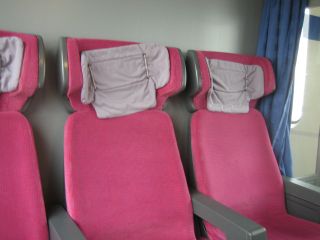 How comforting to read this in the footnotes of a residual schedule for the railway strike:

Translation: “Despite attentive editing, the tabl can contain errors.”