A German blog carnival about making money from blogging… sorry, had no time to translate it yet. Any need at all? 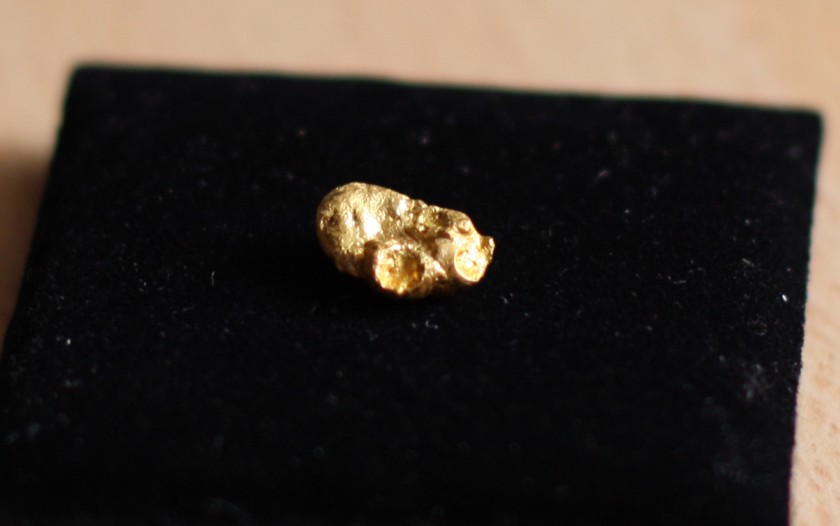 The material aspect of this topic: A 3.27 grams “heavy” gold nugget from Canada (says the certificate, I didn’t dig it up myself…).

Lottery spam from the future

It should be well-known that e-mail addresses can’t win lotteries – especially without actually participating in them – and such “win notifications” only are interested in address and bank data and possibly advance-fee fraud.

Also known should be that automatic translations can produce funny results.1

But that such mails come from the future – wow!

(The mail is also funny for its “German”, but there’s not much point in showing it here in the English part of my blog…)

The best time for an ad campaign

Let’s imaging the following, of course completely hypothetical scenario in the advertising department of a German bank:

It is early June. One employee says: “Ey, boss, the European football championships are beginning soon, many people want a new, large 16:9 TV, but not everybody can afford one right away – wouldn’t that be a good time to advertise our credit offers?”

The boss (looking up from the championship schedule he was studying intensely): “Hmmm… yes, might be good. Best would be a bulk mailing, nationwide. You take care of that, will you? I’m currently busy.”

“Yeah, sure, boss, I will! Oh, by the way, I’ll take 3 weeks holiday – championship, you understand? Is that okay?”

Boss (was already looking at the championship schedule again): “…huh? Yes, sure, alright.“

Fast-forward until early July, i.e. the present (and the reality), the Euro 2008 ended three days ago. What’s in the mailbox? A pull-out cardboard bulk mail saying “16:9 for our boys?” with two cheering German fans on the front, pull out left → “No”, right → “problem!” and a third fan. Back:

“Public viewing during the European championship now also at home – with your new wide flat TV and the […] credit. By the way: You receive up tp 18,750 PAYBACK points on top!”

(“Payback” is a data-collecting discount point system, and “public viewing” is actually the “officially made-up” term used in Germany for a public (outdoor) screening.)