Another photo from yesterday’s walk – combined with a little question: 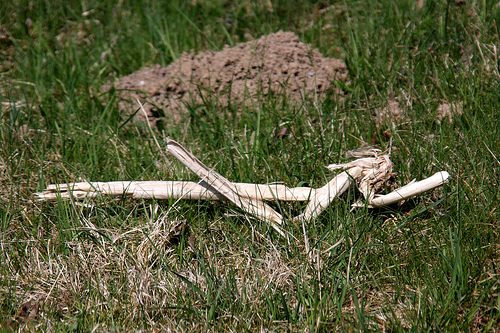 And of course the new Simpsons intro for the first HDTV broadcast (in the USA, at least; first via Nerdcore):

A “poem” in German about an odd German tag cloud…

None of my replies to my own search queries, but some fooling around with the German top search topics of this year (apparently adjusted such that they don’t include sex etc.) as shown on Spiegel – highlighted in italics and in descending order (and translated):

Auctioned on Ebay, documented on YouTube: The weather at GMX. But Google can’t find the video in the Wikipedia, despite help from Web.de. A case for Bild (the big German tabloid)? Call them! Number’s in the phone book.

What’s the weather like according to the route planner? Guess I’ll send out greeting cards full of erotics to arbitrary addresses from the phone book – my horoscope tells me to, says Wikipedia. Who wants to meet me in the chat in Berlin to buy real estate from me?

(A lot of community sites here:) On YouTube you sometimes really wonder: Who knows whom on SchülerVZ? Wikipedia offers StudiVZ no replacement for their phone book, and I really can’t tell if the Internet Explorer on Knuddels will let the route planner find the route to the best weather.

Google’s News of the Year

Playing football in the Deutsche Bahn‘s trains isn’t something they like in Berlin, even during the Olympics and despite Mr Obama, and the DAX will not even during Beijing 2008 be able to rise above DSDS standards, despite numerous topmodels at the Euro 2008.