I recently mentioned the “Bach flower therapy” in which arbitrary 38 “spiritual states” are supposed to be healed with 38 arbitrary plant–water–alcohol mixtures. That’s of cause mystic faith-medicine crap with nothing but placebo effects.

But there are better cures! Since I’m working with computers in my job anyway, I was able to create an absolutely effective new kind of therapy which much better fits the spiritual states it heals than the bullshit from Edward Bach. I’m calling it the CimdComp Therapy:

That’s right, you’re not using some plant or another, but instead essential parts of modern life – the best solution in these modern times!

Warning: Use at you own risk!
Reading this post cannot replace a doctor!
In case of strong symptoms, always consult a doctor!
(↑ Blah-blah for legal reasons which nobody who uses it really believes.)

Pick the component that best fits the current state of your soul in order to cure its disharmonies:

You see, some components are used according to the homeopathic principle “like cures like”, others directly contain the solution. Of course it’s my trade secret how this choice was made.

First make sure the devices are no longer connected to the power outlet.

Now wasn’t that easy? Isn’t that ingenious? What would you need Bach flowers, homeopathic globules or laying on hands for anymore?

Another part of my satire series about mysticism and pseudoscience…

The cimddological super-researchers managed to discover a new chemical element with the atomic number 0.3333…! This element promises various new applications in Cimddology which will surely be beneficial to all of you!

As is common for chemical elements, their discoverers give them a name – we decided on Quarkcakeium. A truly delicious name for a delicate element!

We can already give a little prospect on the new possibilities:

You surely have heard about magnet underlays which are usually offered for exorbitant prices? High price, low production costs, even lower use? Just forget that mystic crap, it’s good for nothing!

Our researchy hyper scientists are already working on prototypes of our new iMayNot and iMayStillNot underlays in comfortable mattress and hammock versions with convincing effects! (Those you can foist magnet healing stuff and similar junk on can easily be convinced by us… *cough* Do you happen to be interested in franchising?)

Furthermore, according to preliminary results, Quarkcakeium apparently can also awaken prophetic abilities! One of our test subjects, after consuming 25 kilos of this miraculous substance, recited verses which easily come close to Nostradamus in terms of clarity and explicitness! Examples:

In the night it’s colder than outdoors,
The carps are flying home, of course.

With sentences like these, you really can predict anything, you just need to interpret them correctly!

So look forward to the future!

Even though this post only got a loose connection to my Cimddology series, it’s still a satire…

Unfortunately, the completion of our ung unserer Astro-Cimddology Secundoscope announced in May will be delayed a little (until about the next total solar eclipse in Germany), therefore we offer here your personal horoscope, generated according to the most latest knowledge – completely without costs, without registration, without obligations, !

So just pick the appropriate options – yes, you’ve noticed correctly, we also have a sex option, you won’t find that in newspaper horoscopes!!

(If you like mathematical riddles, you may try to find the rules for how which piece of text is selected… Hint: There are 6 horoscopes, 4 elements, 8 colors, 4 animals, 6 plants, 5+6 character traits, 9 recommendations (for existing days).)

The Law of Distraction

Part 6 of my little satire series about mysticism and pseudoscience…

Don’t you wish you could make every atractive person of your preferred sex undress for you? But it doesn’t work, these wishes aren’t fulfilled? The mail-order department of the universe can’t even deliver measly X-ray glasses?

The cimddological super research has found the solution:
The law of attractive distraction by undressing, as the full name goes.

Forget the ludicrous “wishing bullshit” * with the “secret” around the “law of attraction” that’s been rehashed throughout the decades and centuries over and over again, according to which you’d just have to wish for what you want, the universe would deliver it because “like attracts like” – that’s all mystical nonsense! No, only we know the ultimate truth, only we know the actual most powerful law in the universe!

Become a master of the law of distraction and successfully order everybody you meet to undress completely naked – it will work! Guaranteed!

Many famous personalities knew how to use the law of distraction – including illustrious names such as Giacomo Casanova, Henry VIII of England, or Leonardo da Vinci with his famous drawing of the Vitruvian Man (image on the left).

Or Thomas Alva Edison – he invented the lightbulb in order to be able to better watch his wives undressing. We could continue this list forever – Shakespeare, Victor Hugo, Goethe, Beethoven, Plato, Socrates, Newton, Einstein, to name but a few.

But also for the more simple people, well, for everyone the law of distraction by undressing works. Like Rhonda* who is burning (if not dying) to frankly show Pierre her feelings for him, who see Bärbel more as their hick – they all can capitalize on this ultra hyper powerful law! And you too!

We will show you how! In a small, affordable book series which we will launch shortly – presumably 30 volumes for a low four-digit sum (per page) –, supplemented by a similar number of DVDs, you will learn everything to masterly fake everything in your love life and every other aspect of your existence!

“Bullshit”, in this context, is also a term in philosophy describing an “opportunistic way of dealing with the truth” or that bullshitters don’t care about the truth at all in the void things they do.

Part 5 of my little satire series about mysticism and pseudoscience… 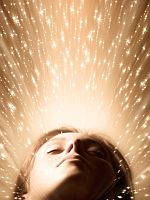 Achieve ultimate enlightenment! Be 0.9997 with everything! Or even one!

As Master of Cimddological Enlightenment you will be able to virtually turn your thoughts into a cimddological atomic force picoscope and bend the spin network in all 26 dimensions at will! Clear the way to your innermost light!

The path to mastership leads over just a few and absolutely bargain courses and seminars which really anybody can afford! And the best: The first course is absolutely free of charge! * The succeeding courses will let you achieve step by step your 4D and 5D activation up to the 26D activation for all dimensions as well as the education to Microcim, Nanocim, Picocim etc., and at the end it’s just a little step to the enlightenment mastership! Then everything is open to you:

As mentioned earlier, we are always deeply honest, so we have to mention that this education is a little costly – each course costs 1000x of the one before –, since we have to finance our research which demands a lot of material and energy.

To support your achieving ultimate cimddological enlightenment, you should also have a look at our additional offers:

You see we won’t skip anything to give you solutions for all your life’s situations!